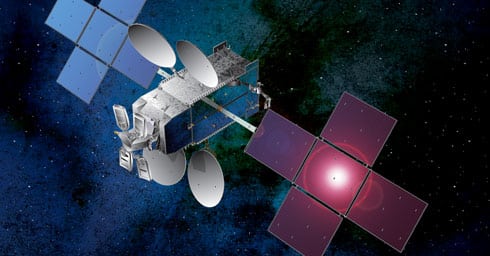 Hughes Network Systems has announced HughesNet Gen5, which according to the company is the first and only U.S. satellite internet service to offer Federal Communications Commission (FCC) defined broadband speeds — 25 Mbps download and 3 Mbps uploads — from coast-to-coast. The company also announced that it will expand its network offerings for large businesses and government by adding a High-Throughput Satellite (HTS) offering to the HughesON line of managed services.

When it goes live on March 16, 2017, HughesNet Gen5 will deliver faster speeds, more data, and built-in Wi-Fi for consumers and small businesses across the entire continental U.S. and key areas within Alaska. HughesNet Gen5 will be powered by the Hughes Jupiter System, operating over EchoStar 19 and EchoStar 18.

The HTS service offers service plans up to 50 Mbps/5 Mbps and a range of high-usage data allowances.