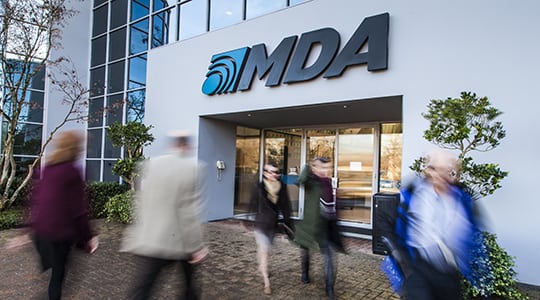 MacDonald, Dettwiler and Associates (MDA) and DigitalGlobe announced they have entered into a definitive merger agreement, pursuant to which MDA will acquire DigitalGlobe for $35 per share in a combination of cash and stock. The transaction values DigitalGlobe at an equity value of approximately CA$3.1 billion ($2.4 billion), and an enterprise value of CA$4.7 billion ($3.6 billion), including assumption of DigitalGlobe’s CA$1.6 billion ($1.2 billion) in net debt. The transaction has been unanimously approved by the boards of directors of both companies, and is expected to close in the second half of 2017.

Together, the companies will leverage a suite of space-related capabilities, including communications and Earth Observation (EO) satellites and robotics, ground stations, integrated electro-optical and radar imagery, and advanced data analytics. Additionally, the combined company will pursue cloud-based information services.

However, shareholder rights law firm Johnson & Weaver has launched an investigation into whether the board members of DigitalGlobe breached their fiduciary duties in connection with the proposed sale of the company to MDA.

For the fourth quarter, total revenue grew 6.1 percent due to the addition of The Radiant Group, while total net income loss decreased to $9.3 million, or a loss of $0.17 per diluted share.