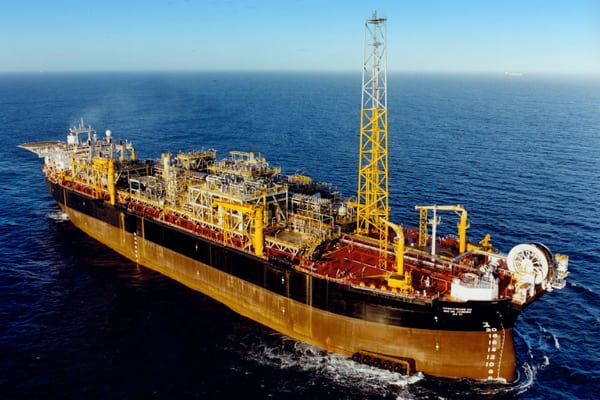 An FPSO is a floating production system that receives fluids from a subsea reservoir through risers, which then separate fluids into crude oil, natural gas, water and impurities within the topsides production facilities onboard. Crude oil stored in the storage tanks of the FPSO is offloaded onto shuttle tankers to go to market or for further refining onshore. FPSOs today have become the primary production method for many offshore oil and gas producing regions around the world. Using satellite connectivity, Modec experts at onshore monitoring centers can now work directly with offshore operators, using real-time information for decision-making.

“Because of high-latency, we have had to establish a sub-par communications infrastructure on board each vessel. With O3b, we can set-up offshore as an extended environment to onshore support to implement a consistent and efficient management system, and provide extensive business tools to improve the control of the work, which will eventually reduce operations costs,” said Soichi Ide, VP of Modec do Brasil. “Crews on board an FPSO are often isolated. Having the ability to seamlessly address any anomaly will contribute to quick decisions to act for any safety or environmental event, and will result in delivering better business performance, of course with better financial performance too.”