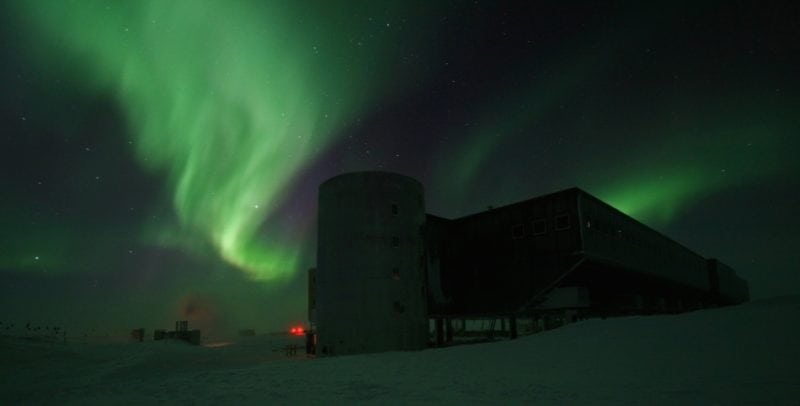 [Via Satellite 10-12-2016] Scientists and researchers at the National Science Foundation’s (NSF’s) Amundsen-Scott Station, located at 90 degrees south on the South Pole, are using the Lockheed Martin-built Defense Satellite Communications System (DSCS) satellite DSCS-3-B7 for telecommunications services. Due to the research station’s extreme latitude, communications is difficult even for satellites. In June, the U.S. Air Force satellite took over the role of providing communication and data links between Amundsen-Scott and the U.S. Antarctic Program facility in Christchurch, New Zealand, which serves as the station’s link to the rest of the world.

DSCS-3-B7 replaces the NSF’s GOES 3 satellite, which is being decommissioned. The DSCS satellite provides the station with internet access for 3.5 hours a day at speeds of up to 30 Mbps, an upgrade from about 1.5 Mbps achieved under GOES.