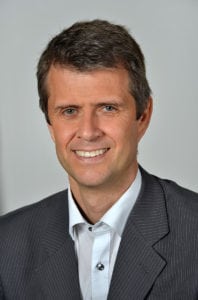 [Via Satellite 10-10-2016] Kacific Broadband Satellites, a Singapore-based startup with plans to provide internet connectivity to the Asia-Pacific and Oceania regions, has pre-sold enough of the capacity on its first planned satellite, Kacific 1, that the company is now ready to progress without the support of the U.S. Export Import Bank (Ex-Im Bank). In 2015, Kacific was one of the companies with orders for U.S.-built satellites no longer able to complete a transaction with a manufacturer, in this case, Boeing, because of the lapse of Ex-Im Bank’s charter. The U.S. Congress, after letting the charter expire, did reauthorize the Export Credit Agency (ECA) months later, but has yet to confirm enough board members to constitute a quorum, meaning the institution still cannot support deals in excess of $10 million. Multiple satellite awards remain frozen because of the absence of this quorum, but Kacific is ready to move on.

Christian Patouraux, CEO of Kacific, told Via Satellite that a substantial equity funding completed earlier this year became a catalyst for larger investors to support the company. In April, a U.K.-based family office invested $20 million, and Kacific reached an agreement with two Australian private investors for a further $2.3 million. Within a year’s time, Kacific has also grown its firm sales backlog by 175 percent for Ka-band High Throughput Satellite (HTS) broadband internet service.

“Thanks to our large volume of firm bandwidth sales, we have been able to attract interest from alternate financing solutions as well as from other export credit agencies,” said Patouraux. “Kacific has now all but completed the work required to put its first satellite, K-1, on track. More than 70 percent of its future capacity has already been sold. Thanks to this success, many locations covered by K-1 no longer have capacity for sale.”

Patouraux said Kacific now has more than $434 million in pre-sale contracts and supply agreements. Many of the customers are governments, Internet Service Providers (ISPs) and telecom operators across the Asia-Pacific, with much of their focus being on connecting education and healthcare. Ahead of launching Kacific 1, the company has been providing an interim service that Patouraux said provides an opportunity to learn and adjust Kacific’s future offering to real conditions on the ground. The interim service uses the Newtec Dialog multiservice platform, hosted at Av-Comm’s teleport in Australia to provide internet connectivity in the Republic of Vanuatu. Patouraux said the exercise, which continues to provide Ku-band service today, has more than fulfilled its goals.

Currently, Kacific’s interim service uses a patchwork of satellite bandwidth that Patouraux said would otherwise be challenging to sell if it was not honed specifically for the operator’s remote and rural community applications. The future Kacific 1 satellite is designed to be a large, high-capacity satellite capable of serving around 25 countries or archipelagos across the Pacific, south east Asia and beyond. To maximize its fill rate, Patouraux said the satellite will offer: “attractive wholesale prices, exploiting the elasticity effect of internet bandwidth.” He said the company is taking several steps to ensure it can offer affordable satellite internet.

“Our system is turnkey and does not require our customers to buy their own teleport. As such, we build economies of scale on our teleport and we can sell directly to the retailer without having to sell to bandwidth aggregators. Our choice of high power, direct-to-premise Ka-band service warrants not only low-cost bandwidth, but also small and inexpensive end-user equipment. We target end-services around communities (villages, town halls, hospitals, schools) ensuring the bandwidth is used extensively. Our trial in Vanuatu has already shown a tremendous usage of data by those types of communities. And finally our team is very lean, and is able to perform because it is focused on one shared customer segment,” he said.

Patouraux added that he does not see Kacific and O3b Networks competing in their respective primary market segments. O3b, he said, seems more focused on competing with fiber, and relies more heavily on a model that brings large amounts of capacity to central locations for customers to then distribute via terrestrial means. Kacific does not require ground distribution beyond local Wi-Fi or potentially a 3G or 4G repeater, according to Patouraux, optimizing the solution for medium- to low-population densities.

Patouraux also does not expect rain fade to be much of a concern. He said Kacific mitigates the effects of rain fade by having a very high signal power from the satellite and, for the ground system, with the use of advanced modulation standards.

“All the technology in place as well as the high dispersion of the Kacific access points ensures our resellers a bandwidth availability over 99.7 percent,” he said.

Kacific is pursuing a “condosat” model in building Kacific 1, meaning the company will share the satellite bus with another operator. Other recent condosat deals include Inmarsat and Hellas-Sat for Europasat/Hellas-Sat 3, and Intelsat and Azercosmos for Intelsat 38/Azerspace 2. Patouraux said that while the condosat construction model has already been validated in other programs, Kacific and its partner are pioneering on many fronts to expand the condominium-satellite model and its applications.

“This model has many advantages, although it requires dealing with additional levels of complexity in aligning stakeholders interests and schedules. Yet, we have developed a sound win-win model for us and our partner that we will probably be able to repeat in the future,” he said.

Kacific is furthermore already looking to become a multi-satellite operator. Patouraux hinted that in the future, the company has even bigger plans that expand beyond the Pacific.

“We are now starting the work for our second satellite that should be much larger than the first one and cover entirely different locations on the planet,” he said.