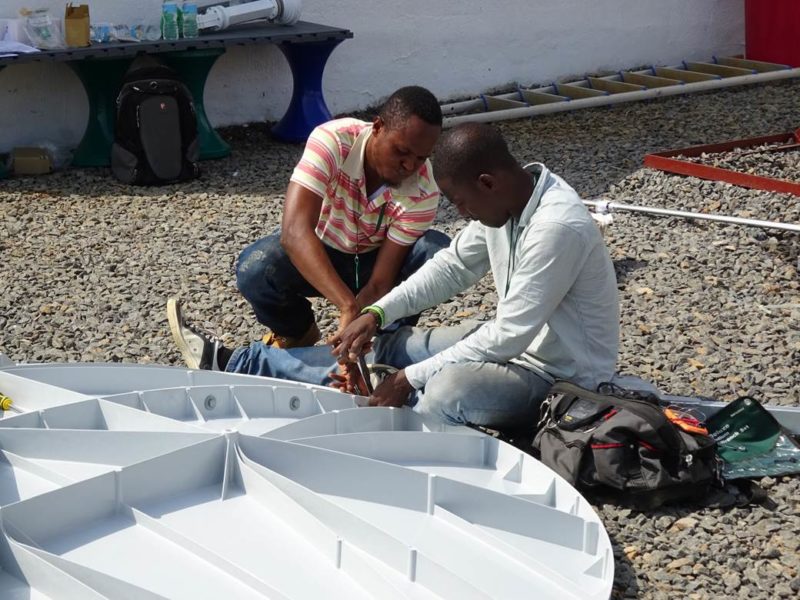 [Via Satellite 10-06-2016] The surge in global mobile connectivity is reshaping the way humanitarian organizations provide aid to those in need, particularly refugees and Internally Displaced Persons (IDP), according to Save the Children International’s, Global Field Technology Manager Mark Hawkins. Given the increasing number of people who own mobile devices, Hawkins said a movement called Communicating with Communities (CWC) is taking shape where connectivity is extended beyond first responders and humanitarians to those they are supporting.

“Non Governmental Organizations (NGOs) are starting to provide broadband hotspots to the communities that are affected,” Hawkins told Via Satellite. “With hotspots, they can actually put targeted information on Web services like where to find asylum, medical assistance, education for children — that side of things. It also gives migrants a secure communications channel to let families know they are safe.”

Save the Children International is directly involved in protecting children through natural and man-made disasters, as well as in addressing poverty, education, access to food and healthcare around the world. As a member of NetHope, the organization has participated in providing satellite-based hotspots to migrants and refugees as part of the new CWC approach.

“Over many years, NGOs provided internet connectivity for their own internal purposes, but now it has been found that refugees and IDPs are connected; they have smartphones. The classic case is the Syrian refugee crisis, but when you are looking at various populations in Africa, the Somalis are using mobile phones or connectivity to transfer money. Organizations like [the United Nations High Commissioner for Refugees] UNHCR will be using mobile networks or Wi-Fi hotspots and similar technology to engage populations for contact tracing,” he said.

NetHope has been providing wireless connectivity to people in need, and Save the Children International has been a part of this effort. The organization’s CIO is on the NetHope board of directors, and Hawkins is co-chair of Infrastructure and Connectivity Working Group (CWG). Hawkins cited multiple ways the CWC approach is being used to improve and accelerate aid to people in need.

“The World Food Program will be using connectivity on their handsets for mobile money. The idea is rather than having people standing in line handing out oil and rice, what they do now is have a program where they are handing out cash vouchers on mobile phones — these phones in remote places need satellite backhaul or Wi-Fi — and with a cash voucher system, it means that the IDPs or communities affected can go to shops that have been set up in the camp and get the food they need for their families,” he explained.

However, sharing connectivity with migrants and IDPs does present new cybersecurity risks. Hawkins said NGOs have to take precautions to not inadvertently expose those they are seeking to help to new threats.

“There has been some anecdotal evidence that some of the bad people in the world have actually been targeting refugees through cyber warfare, finding out who they are and where they are, so that they might get at their families back in Syria. That is why we have to have robust security in place,” Hawkins added.
Satellite remains, as ever, a very important part of the work NGOs like NetHope and Save the Children International are doing. Hawkins said his organization has been using Eutelsat’s Tooway system for backhaul from Wi-Fi hotspots, and also occasionally hooks into Asymmetric Digital Subscriber Line (ADSL) networks when available. Though terrestrial systems are pushing further into even many of the remote areas that many NGOs work in, Hawkins said satellite often remains the preferred infrastructure. This is because local fiber networks sometimes require multiple hops across generator-dependent microwave towers, subjecting service to signal degradation and possible interruptions.

Hawkins said Save the Children International is increasing its investment in satellite communications gear. Currently the NGO uses around 45 VSAT terminals spread across Africa and Southeast Asia, as well as around 300 satphones. Hawkins said Save the Children International keeps a Ku-band kit in the U.K. equipped with a local Wi-Fi hotspot, a Broadband Global Area Network (BGAN) terminal, and a 2.4-meter VSAT dish. Instead of just one rapidly deployable kit, Hawkins said more would be better.

“I’m actually investing in a second kit that we are going to keep in Nairobi. We will have a deployable asset from two places that gets us up and running. Our thinking is that that kit might stay on the ground for a couple months. As services start to restore, we have the option of bringing that kit back to its base and replenishing it, or moving it further into the deep field where it might be needed,” he said.
Save the Children International is involved in several projects the require telecommunications, including support of a NetHope deployment in Greece. Hawkins said the NGO also recently chartered a ship to rescue refugees at sea for which it is using VSAT.