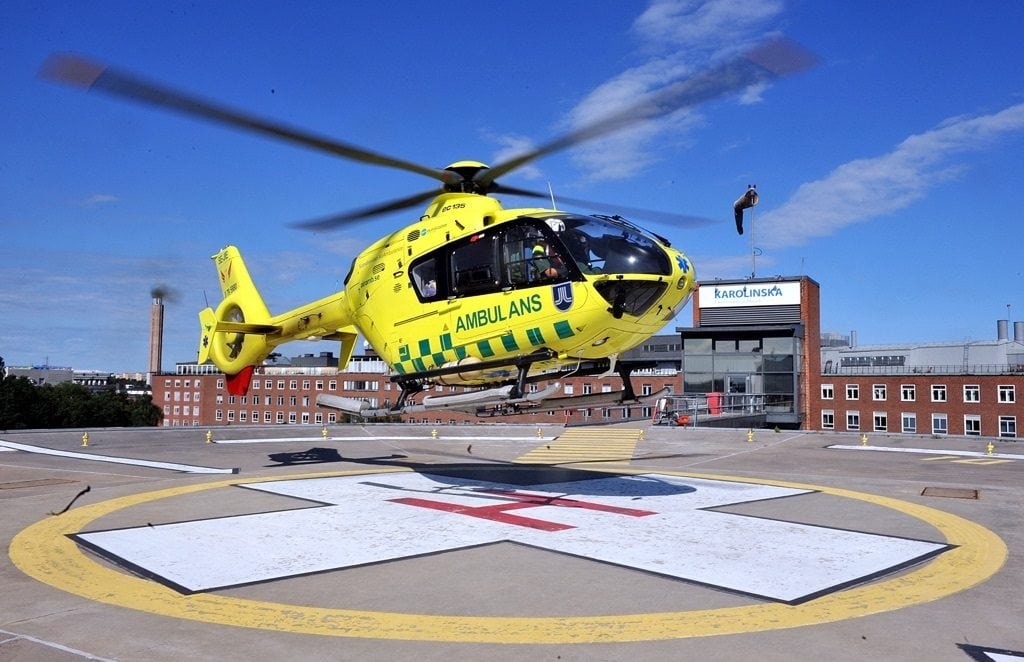 [Via Satellite 08-16-2016] A Swedish air ambulance helicopter, along with a fixed-wing aircraft, recently took part in trials testing Marlink and IDG Europe’s portable tracking system operated on the Iridium satellite network. An Airbus Helicopters AS365 Dauphin N2 operated by Sweden’s Scandinavian AirAmbulance (or MediCopter) was outfitted with Smalltrack, a mobile device that can be used anywhere wirelessly. Testing was performed daily for three weeks.

Marlink’s Smalltrack can operate on a single charge for one week and provides tracking to support flight safety and logistics, and manual and automatic emergency alerts. The system is also designed to start up using the built-in accelerometer, which Marlink Enterprise President Danny Cote said makes it ideal for small aircraft such as helicopters, without adding an additional pre-flight check requirement.

Compared to fixed-wing aircraft, helicopters pose challenges with in-flight satellite connectivity because of the disruption caused by the spinning rotor blades. Iridium is currently used in more than 15,000 helicopters around the world, according to the company’s website. It successfully provides in-flight connectivity able to perform under the rotor blades, regardless of antenna orientation.