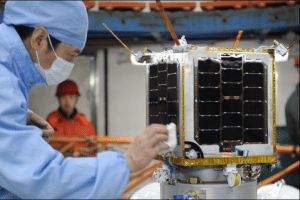 LuxSpace will provide Orbcomm’s global real-time data feed of satellite-based AIS (SAT-AIS) data to EMSA, other European Union (EU) agencies and EU member states to use for ship tracking and other maritime navigational, safety and security applications. Headquartered in Lisbon, Portugal, EMSA is one of the largest consolidators of AIS data and is responsible for maritime safety, pollution-by-ship monitoring, and ship security for the EU and its member states.

LuxSpace has been in the SAT-AIS business both as a micro-satellite manufacturer and AIS data service provider since 2009. Under contract with Orbcomm, the company built two AIS-enabled satellites (VesselSat 1 and VesselSat 2), which Orbcomm operated and provided data services to various customers around the globe. Currently, LuxSpace is developing a new AIS micro-satellite based on its Triton 2 platform through a contract with the European Space Agency (ESA).