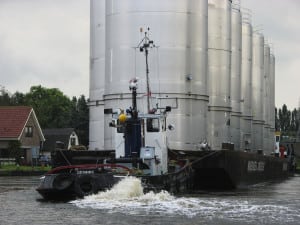 [Via Satellite 02-13-2014] Numerex, an Atlanta, Ga. based Machine-to-Machine (M2M) service provider, is contemplating ways to expand its services internationally by using satellite. Roughly 90 percent of the company’s business is cellular, but Steve Baker, VP of network product management at Numerex, told Via Satellite that satellite plays an integral role in the company’s operations, and that Numerex sees satellite as a way to bring new services and new customers online around the world.

“A great deal of our satellite [usage] is international,” explained Baker. “We’ve been working with several customers on maritime applications where cellular is not prevalent or viable. There are a number of areas where we haven’t even begun to penetrate yet. We have the customers, but we have not yet determined the best solutions for those, so we see definite growth, especially throughout some of the countries where you see expanding oil and gas opportunities, [Unmanned Aerial Vehicles] UAV and otherwise, as well as anywhere we feel cellular is not a viable solution.”

Numerex serves customers in more than 50 verticals, the majority of which have wireless capability that satellite can support. Baker said the company has a substantial satellite deployment today across a number of customers, including some in the government sector. Emergency response tracking and worldwide tracking are the top applications Numerex provides through Value Added Resellers (VARs). The company does not look to satellite for prototypical M2M or Internet of Things (IoT) operations in the United States, where cellular is pervasive, but finds it indispensible for tracking high value assets, or in areas where terrestrial communications are not as practical. This means that, as the company expands internationally, satellite will play a key role.

“Take Africa, for example: we have the ability to provide cellular service for our customers in our verticals, in each country in Africa, however our experience is that service is highly variable in many sub-Saharan countries, meaning we may or may not have adequate coverage for an oil and gas solution. So we see satellite as an absolute need,” said Baker.

According to Northern Sky Research (NSR), though satellite-based M2M solutions are typically the minority, their strength lies in having inimitable capabilities often too costly for cellular to match. In the February 2015 issue of Via Satellite, NSR Analyst Alan Crisp said the majority of these contracts are for high Service-Level Agreement (SLA) type applications in remote regions, such as offshore oil and gas, transportation, and cargo shipping. But the prevailing tendency he noted was for satellite and terrestrial services to complement each other.

“There is a trend for mobile assets to integrate satellite and cellular units, which will in turn help end-users reduce overall tracking costs and increase operational efficiency. As such, it is not at all difficult to visualize the scenario becoming increasingly common where for instance, a shipping company uses terrestrial for the majority of its connectivity needs, but also requires some amount of satellite capacity to complete their network,” Crisp wrote.

Scott Wiley, SVP of products and programs at Numerex said industry is in some ways just waking up to the breadth of what M2M is capable of. Numerex spends a significant amount on engineering and Research and Development (R&D) annually, and is looking to bring new satellite solutions to market within a year’s time.

“We experimented with an offering for an unlimited flat rate satellite communications package using one of our proprietary devices and we had a great response across the globe … [and] there are other examples like that so we feel like we are on the right track,” he said. 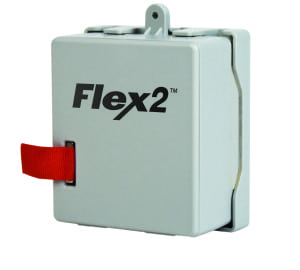 Baker noted a consistent decline in the cost of satellite equipment, along with a decrease in the cost of two-way data plans that could open up new opportunities. NSR expects satellite-based M2M/IoT applications to grow from $1.1 billion in 2013 to almost $2.5 billion by 2023, and for in-service units to more than double from less than 2.5 million to almost 6 million during the same timeframe. Higher costs for satellite devices and modules can make them more expensive to use than cellular solutions, but the concurrent drop in costs for both has inspired Numerex to look at ways to expand its satellite services beyond simply reporting information.

“We focus very heavily on our current deployments in satellite on simplex reporting mechanisms. So we have a very robust set of simplex monitoring applications that support tracking or sensor monitoring. What we are also looking to expand into — and we’ll begin to investigate more heavily this year — is the addition of duplex capability where we can add in control mechanisms to these satellite devices,” said Baker.

Numerex sees the most potential for satellite-enabled duplex services in oil and gas, and high value asset management monitoring. If the company finds an economically sound approach, this is something it plans to pursue. The goal for Numerex is to create more options within the verticals it serves, though Baker noted customers are less concerned about whether their service is satellite or cellular so long as it is economical and reliable. With reliability being satellite’s strong suit, it is a numbers game on the finance side. Baker and Wiley see promise here too.

“Personally I really like where I see satellite companies going with IP-based two-way communications,” Baker said. “We think that, coupled with the potential for lower price points for the data for these applications — and we obviously don’t need a lot of data — those two things may help satellite greatly in the M2M market.”