New oil and gas harvesting methods have created unprecedented bandwidth demand. As VSAT tries to keep up by using HTS, satellite remains the reliable choice while fiber optics sensing skyrockets. In the mix is a new partnership long in the making, in which fiber- plus-satellite become the salt-meets-pepper of oil and gas upstream operations. 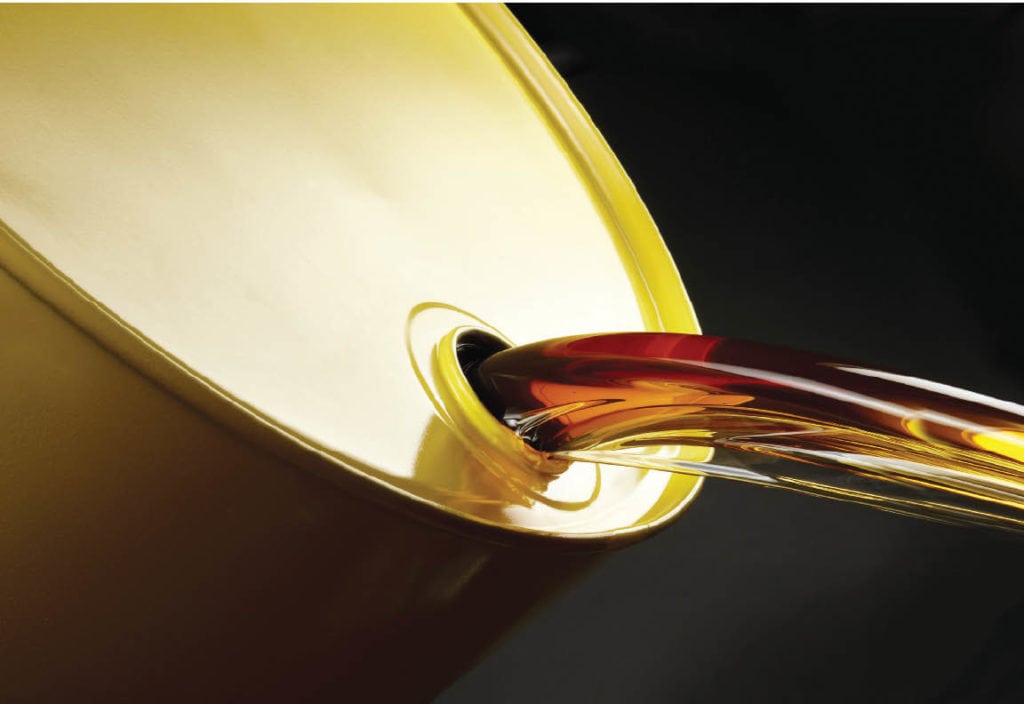 The changing nature of oil and gas harvesting is creating an intense trend toward fiber optics that CIO of Tullow Oil Andrew Marks says has been a long time in the making.

“The simple fact is that we have seen minimal change in the [Very Small Aperture Terminal] VSAT providers’ position over all those years I have been talking about the risk to their business. More fiber is being laid around the coastlines of our major continents, more fiber means more bandwidth, greater redundancy and resilience, and more competition for low latency connectivity,” Marks says.

Kent Perry, vice president of onshore programs at Research Partnership to Secure Energy for America (RPSEA), has seen this trend as well in research. “There is increasing use of fiber optics in the oil and gas industry and it is creating pretty significant changes. What is taking place is that some wellbores are being equipped with fiber optics or fiber optics are run into the wellbore. This increases the ability to gather data and the frequency of the data tremendously, compared to other techniques of getting information from the bottom of the well to the surface of the well. So the volume of data [needing transmission] increases many, many times,” says Perry.

Because fiber optics and terrestrial communications can transmit more robust data more quickly than satellite, fiber optics are dominating the new real-time communication market and are now firmly established as first choice for communications. According to the International Quality & Productivity Center (IQPC), distributed fiber optic sensing is projected to be $1.1 billion in 2016, with 70 percent of growth associated with the oil and gas industry.

A look into how upstream oil and gas operations are changing helps explain this demand explosion for fiber — and what it means for satellite. During the drilling process, complex models located onshore, off the drilling site, must measure data sent back, including fluid quality, pumping pressure, and multiple other input parameters. The models use that data to determine and monitor changes in flow pumping rates and other sensitive aspects of the process. Ensuring close monitoring is especially critical for unconventional resource wells such as shale, which require hydraulic fracturing. Thus, data must travel rapidly back and forth between the off-site model and drilling site in real time in order to determine the correct geometry and placement of the hydraulic fracture under operation.

Additionally, wells are no longer only drilled down into the ground, but also horizontally for distances of up to one mile. This change necessitates an additional data communication stream to monitor the drilling vector. As Perry explains, “Oftentimes you are drilling horizontally and sampling and measuring to be sure you’re in the right zone because the well bore can deviate up or down.”

These changes to drilling combined create a need for communication so rapid and robust that satellite latency can at times fall short. While the soaring data demand is making hard drive data methods obsolete, the real question is what this trend has done to satellite demand.

“So, where our customers go, there’s not necessarily fiber available; developing countries for example, or in offshore locations. … and fiber is no good for mobility. … It tends to come down to, if the fiber optic solution is available, is it reliable? If fiber is reliable, customers will naturally and instinctively install it and I wouldn’t disagree with that decision,” Lucas adds.

But the answer could hardly be that fiber has annihilated satellite demand. While terrestrial can provide lower-latency and more affordable communications for oil and gas operations, weather and climatic conditions expose fiber’s physical vulnerabilities, making satellite necessary as failsafe. And because any mistake due to lost contact comes at the expense of the entire resource and most always results in severe capital losses, the need for constant communication is so critical as to make fiber and satellite a mandatory package deal.

Lucas says one of many examples that satellite is considered the reliable counterpart to terrestrial’s speed is that people commonly cut fibers in hopes of finding metals within fiber cables in exposed and vulnerable mainline infrastructures. “Then you’ve got an outage that takes an extended time period to resolve … [or due to climatic conditions,] fiber infrastructures get washed away and destroyed. There’s any number of reasons fiber is unreliable. The customer cannot rely on that because, I’ve seen this: it goes down just when you don’t want it to go down,” Lucas says.

Perry emphasizes the point. “[The solution] needs to work in the field where conditions could be winter, summer, raining, the whole host of conditions, it needs to be reliable under those conditions,” he says. When weather takes a terrestrial network out of commission, repairs typically take up to one month — and one month is all it takes to lose access to a resource due to sensitive timing. 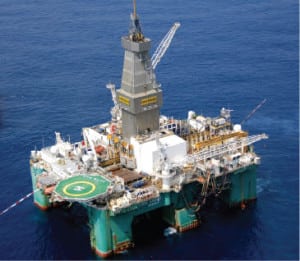 High Throughput Satellite (HTS) are slated to drastically improve speed and data capability, and some oil and gas companies, such as Encana, are hopeful of the promise for latency and lower prices to come alongside.

“We are following the likes of O3b Networks whose Medium Earth Orbit constellation is providing a very different option for us to consider. It will only provide a finite geographic footprint to play into. However, the much reduced orbit altitude means a fraction of the latency, bandwidth is available as the segments are very open today, and they are being offered at less than standard VSAT rates,” Marks says.

Meanwhile, Intelsat is putting vast amount of throughput into orbit with high speed satellites like in the case of EpicNG.

Yet, Marks has reservations about the likelihood of success around HTS. “I cannot see the momentum yet, [and] there is only so much market for ‘satellite’ connectivity,” he says.

Petrobras and Encana operations serve as a study in how much the supposed trend of video monitoring is actually taking in remote drilling locations: Encana’s use of satellite is still so minimal as to be nearly non-existent, whereas Petrobras does send real-time data in monitoring situations but uses absolutely no images or video from the platform to onshore control rooms, according to Theodore Helms, executive manager of investor relations at Petrobras.

Marks contrasts the stark rural-to-urban difference of Kenya with the 3G coverage found in most of Uganda to explain how Tullow Oil makes its decision on satellite versus terrestrial. He says the root cause of choosing terrestrial whenever possible is that oil and gas companies are working with a finite revenue stream. Mark Rasmussen, Intelsat’s regional vice president for the Americas, says Intelsat is at work with Harris CapRock on a plan to meet oil and gas companies on those revenue limitations. “End users just need more and more throughput and … it’s incumbent on us to find ways to [create value], and we are working hard on that,” he says. “If you look at the trends, you’ll see that over the long term, if you put it on a chart, the prices of throughput continue to decline and we fully expect that they will continue to decline.”

Intelsat is also prioritizing optimizing services for the package fiber-and-satellite scenario. “We’re striving to make satellite look and act and behave like another node on the network that can be managed specifically with the customer’s entire network and can be brought up, taken down, moved, changed, upgraded very seamlessly, very easily and with more flexibility than some of the fiber surface can be modified and enhanced and moved around. That’s an area we’re really focused on, and then adding more flexibility to how customers use the service and can buy the service, how it’s packaged,” says Rasmussen.

As Intelsat’s partner, Harris CapRock now offers a hybrid network to clients and, of the fiber-versus-satellite question, Lucas says the bottom line is that oil and gas companies are buying more bandwidth; period.

“We’re thinking in terms of innovative business models. … We want to be thinking differently about how we deliver service to allow [customers] to leverage things like fiber when it’s available, but also leverage the benefits of satellite for simultaneous benefits,” says Lucas.

If Marks of Tullow Oil was disappointed with the preparation behavior for the onset of fiber he’s seen from VSAT over the last five years, what can he expect by 2020? More seamless coverage and new ways of buying service, says Lucas. “Different models by which the resource can be acquired is where I expect the industry to be thinking real hard over the next five years. … we believe we’ve got a very important and strong roll to steer the market in that direction,” he says.

As for Intelsat, Rasmussen says as costs decrease, so bandwidth shall increase — provided the terminal, modem and antenna manufacturers keep up. “The more we can drive in a single burst of bandwidth, the better off everyone is and the more efficient we can be, the more we can drive the cost of satellite communications down,” he says. “We’re doing things with satellites to make our megahertz bandwidth very, very efficient and able to drive large numbers of bits through each hertz.” VS