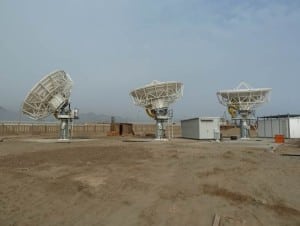 [Via Satellite 10-02-2014] O3b Networks has signed its first customer in Latin America for its High Throughput Satellite (HTS) “Fiber in the Sky” service. E-Networks, an Internet Service Provider (ISP) based in Guyana, signed a multi-year agreement with the company, becoming the first Latin American client since O3b launched its full service in September.

O3b currently has eight HTS satellites in Medium Earth Orbit (MEO), with four more slated to launch in early 2015. Each satellite supports up to 1.6 Gbps in a single beam.

“Access to the O3b network gives us the ability to open up new services countrywide where it would otherwise be difficult to have access to fiber. This deployment will be used to further enhance our fiber optic and 4G data networks,” said Vishok Persaud, managing director, E-Networks.