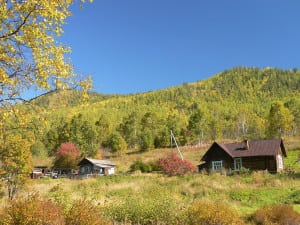 [Via Satellite 9-8-2014] DTH operators across Russia are still unsure about the prospects of satellite broadband and whether it is worth getting involved in this market. Russia, with a population of close to 150 million people, seems like a ripe market for satellite broadband. However, if a strong market was to materialize it is unlikely that some of the country’s key pay-TV operators will get involved.

“We used to provide satellite broadband services to Russians several years ago, but this service did not gain widespread use, and we took it out of the commercial use,” Igor Kotsarev, technical director at Tricolor TV, told Via Satellite. “From the technical point of view, satellite broadband can be set up quite easily, the only question is how to get the return on investment for this product.”

Tricolor TV is one of the fastest growing DTH operators in the world; in the first two quarters this year, it added close to 800,000 customers. With close to 15 million subscribers in total, it is not surprising then that the company is a major acquirer of satellite capacity.

NTV+, another of Russia’s major pay-TV operators, has more than 750,000 subscribers. The company had a previous focus on the high-end of the pay-TV market in Russia, but is now looking to attack the low-end and compete more with Tricolor and others. However, in terms of satellite broadband, the operator is also unsure about the prospects for such a service in Russia.

“So far, there were a number of attempts from different players in the market to launch satellite broadband services for people. It becomes less and less likely, especially when you see the proliferation of mobile networks in Russia. It is only the rural areas where satellite broadband can be justified financially to develop such services,” Oleg Kolesnikov, technical director at NTV+, told Via Satellite. “These services are also very complicated in terms of managing the return channel. Those companies which ran these services, were not satisfied with the customers they were gaining.”

However, he believes that the latest high powered satellites could make all the difference in Russia. New satellites such as the Express-AMU, which will have a full Ka-band payload and cover the whole of Russia, could be the catalyst to spark the market. Kolesnikov believes this could be a “really reasonable solution” to deliver broadband as well regional broadcast.

“Economically, it is not great to run regional channels through traditional satellites. There definitely needs to be a focus on this area. Having Ka-band satellites, which is mostly designed with a number of spot beams, these can be financially reasonable, not only to develop broadband connectivity, but also to develop traditional broadcasting through satellite broadband,” he said.

Alexey Nikolov, managing director at Russia Today, a major news broadcaster adds, “In large countries such as Russia, with many sparsely populated regions with still-developing cable infrastructure, broadband connections can only be achieved through satellite technology. Yet the relative scarcity of Ka-band transponders and the comparatively high cost of the VSAT equipment make this a niche technology for the time being.”

Another company to keep an eye on in the Russian market is Orion Express, which offers both Internet and pay-TV services. In April this year the company launched a satellite Internet service for both individual customer and businesses in Russia that struggle to gain connectivity via terrestrial or other wireless networks. The company had ambitious plans to expand in the video and Internet markets.

“One of the main tasks for the near future is to continue to develop our DTH service. To increase our subscriber base, you need to constantly improve the quality of services to offer subscribers new services and technologies. In terms of how Orion Express moves forward, we will be focusing our efforts on developing our HD offering, developing our VSAT service still further, the launch оf a multiscreen service, as well as selling our new universal digital receiver Combo, designed not only to receive a package of [our] TELEKARTA channels, but also essential digital channels. The Combo initiative will support of the national digital program as Russia transitions to digital broadcasting in 2017,” says Sergey Rozov, director of the satellite TV department at Orion Express.

See more in-depth coverage of the Russian pay-TV broadcast and DTH markets in our first ever edition of Via Satellite Russia out later this month. This edition, will also be published in Russian for the first time, and distributed at SatComRus in October.