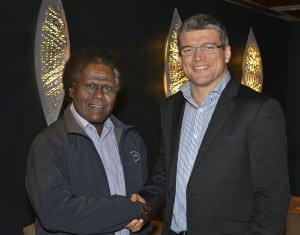 [Via Satellite 08-13-2014] Solomon Telekom Company has signed a multimillion-dollar agreement with Kacific for broadband services from the upcoming Kacific 1 High Throughput Satellite (HTS). Under the five-year contract, the telco will receive 150 Mbps of bandwidth from 2017 to 2022 through five high capacity beams. At any time, Solomon Telekom can increase its bandwidth in maximum bursts of 50 percent, reaching 225 Mbps of capacity.

“Other solutions — like 3G networks and submarine cable — are comparatively expensive from the perspective of consumer access and provide only limited coverage. This is a perfect fit for the Solomon Islands,” said Loyley Ngira, CEO Telekom Solomon. “We believe it will have a positive impact on tourism, education, healthcare, emergency services government services and economic growth and lead to significant improvements in service delivery in all these sectors.”