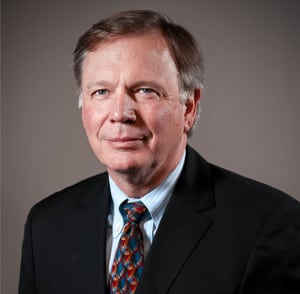 [Via Satellite 08-12-2014] By 2017, Globalstar hopes half of its subscriber base will be made of non-North American customers. During the company’s second quarter earnings call, Tim Taylor, VP of finance at Globalstar, said the company is applying itself heavily to bolstering its international presence.

Globalstar has made its strongest strides in the Latin American region. The company recently signed a deal with Ecuador’s National Emergency Response System to provide satellite-tracking devices for fishing vessels. To date, Globalstar has delivered 10,000 units as part of this agreement.

Taylor said Globalstar has also acquired three satellite gateway stations in Brazil, and invested in upgrading the ground infrastructure as well as building out a new sales and marketing organization. Next-generation ground infrastructure upgrades will dominate cash capital expenditure obligations throughout the rest of the year and will continue to play a role in the future, he said.

Outside of Latin America, Globalstar is looking at Europe, select opportunities in Africa and certain South Asian markets. Following Brazil, Taylor mentioned South Korea as a top location where Globalstar can leverage existing gateway infrastructure to build up its presence.

James Monroe, CEO and executive chairman of the board of directors at Globalstar, said he expects Sat-Fi, the company’s newest satellite hotspot solution to become its lead product. Sat-Fi enables customers to use their own smartphones, tablets and other personal devices beyond the reach of cellular networks. Monroe said the current price of $1,000 should drop by an order of magnitude as the technology evolves.

“We remain committed to future versions of the product, with the goal of developing a $100 consumer focused device when our next generation ground infrastructure is completed next year,” he said.

Globalstar is also progressing on its Terrestrial Low Power Service, for which the company petitioned the U.S. Federal Communications Commission (FCC) to offer in 2012. Monroe said the FCC recently completed initial and reply comments to the Notice of Proposed Rulemaking (NPRM), and he anticipates the agency will adopt an order by the end of the year.

“Many comments were posted regarding the FCC’s NPRM on Globalstar’s petition to offer a TLPS service and there were no surprises. The main objection/concern by commenters is the FCC should ensure Globalstar accept interference in the [Industrial, Scientific and Medical] ISM band of its TLPS service. This is something that Globalstar itself agrees with. The other objection is there is not enough record to demonstrate Globalstar’s TLPS service won’t interfere with other services in adjacent bands. Neither of these arguments seem likely to derail the process,” he wrote in a research note.

Globalstar says TLPS could quickly add 22 MHz to the nation’s broadband spectrum inventory. The company recently completed a Request for Information (RFI) process with equipment providers, network management companies and service partners, regarding all aspects of a TLPS rollout. The RFI focused on 20,000 access points Globalstar intends to deploy to support improved Internet access to public schools and in colleges. Globalstar expects both TLPS and its international push to contribute significantly to the company’s strength going forward.

“We’ve reached a critical turning point in the core business, making the transition from construction and stabilization to expansion and growth,” said Monroe.