Hispasat and Intelsat to Co-locate to Strengthen Latin American Services 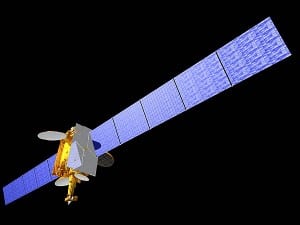 [Via Satellite 05-14-2014] Hispasat signed an agreement with Intelsat to co-locate its Amazonas 1 satellite at the same position as Intelsat’s Galaxy 11, at 55.5 degrees west. Both companies will use this position to strengthen services offered to the Latin America region. The Amazonas 1 satellite is set to provide audiovisual services for the upcoming 2014 FIFA World Cup, which begins on June 12.

“The agreement struck with Intelsat is in keeping with the company’s strategic plan, a cornerstone of which is to target growth through alliances with third parties,” said Carlos Espinós, CEO of Hispasat.

“We look forward to working with Hispasat on future opportunities in the region that will further strengthen our combined presence,” said Stephen Spengler, president and CCO of Intelsat.