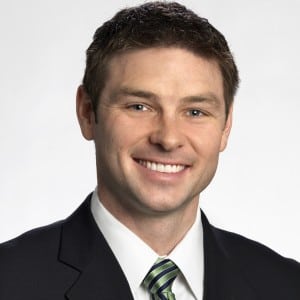 [Via Satellite 05-12-2014] Satcom Direct is expanding outside its traditional aeronautical market to provide more options in other verticals through a partnership with Thuraya. The agreement brings greater quantities of the SatSleeve, Thuraya IP+, and Maritime Broadband services to the United States.

“Satcom Direct is primarily an aviation company, so we are growing in other areas that are outside of aviation: land and maritime,” Larry Engelbert, VP of land mobile sales at Satcom Direct, told Via Satellite. “We are growing those particular parts of the company. It was natural for us to reach out to Thuraya. This is what we’ve been working on for the past year or so.”

Thuraya is poised to reach new markets as well. Already a strong presence in the Middle East and North Africa (MENA) region, the company now stands to better reach customers in the United States. Thuraya released its first dedicated maritime broadband terminal this year, and is seeking to grow this vertical in tandem with Satcom Direct.

“We have invested in key resources based in the U.S., which serve two purposes: first it provides localized support and presence to our end users, and secondly, [it] allows us to be closer to our partners based in the [United] States. The goal is to have a more localized presence for the Thuraya brand from a distribution and an end user perspective,” said JR Francis, Thuraya’s regional director for North America.

Engelbert said customers have been requesting Thuraya products, which until now the company was unable to provide. In addition to co-pursuing new markets, Satcom Direct will be able to meet existing demands.

“On the military side there has been a need for handheld satellite phones that work in the Thuraya region. The product that has been really popular lately has been the SatSleeve, and it has been used by the military,” said Engelbert. “For the media, they have been using Thuraya for many years, and the Thuraya IP products have been very popular for both print media and also for broadcasters.”

The areas of overlap allow Thuraya to more easily reach U.S. customers with its voice and data communications services. The partnership also lets Thuraya tap into Satcom Direct’s international customer base, which has been a major part of the company’s growth strategy.

“Thuraya is focused on providing our U.S.-based customers with better access to our services globally and the partnership with Satcom Direct enables this capability,” said Francis. “The key target areas are maritime and the [machine-to-machine] (M2M) market. Two areas in the M2M market [Thuraya has] the ability to take advantage of [are] the growing trend of Internet of things, and the Bring Your Own Device (BYOD) concept.”