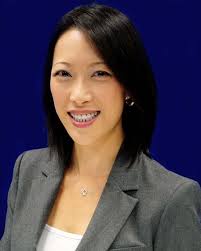 [Via Satellite 02-27-2014] Norsat has released its fourth quarter and year-end results for 2013 with lower than expected revenues due to the U.S. government budget sequestration through much of the year. Full-year revenue decreased by 14 percent to $36.4 million from $42.4 million in 2012, with Q4 total sales of $10.7 million, on par with the $10.6 million in the same quarter of 2012. The slight increase in Q4, according to Norsat CFO Arthur Chin, is due to the “easing budget sequestration in the latter part of 2013 and higher U.S. spending as a result of pent up demand.”

For FY 2013, Norsat had $4.8 million in sales for its satellite solutions division, compared with $8.6 million in 2012, with a negative gross margin of $0.9 million in Q4. This decline in sales reflects the decrease in U.S. military demand and budget constraints among the company’s non-military customers.

“2013 was a challenging year for our satellite solutions division, culminating in a $1.2 million write-down of our satellite inventory during the fourth quarter,” said Amiee Chan, president and CEO of Norsat. “This assessment resulted from a comprehensive review of certain satellite product lines due to changing market demand, new information indicating decreased future prospects and the expiry of various long-term U.S. government contracts. As a result of the review, we have reallocated resources from satellite solutions to other market segments where we see more promising prospects.”

Norsat’s microwave product segment was impacted by sequestration as well, resulting in delayed customer projects and purchasing activities. Product sales in the microwave segment decreased from $9.6 million to $9.1 million.

Sinclair Technologies and recent acquisitions, partially offset the negative impacts seen in the microwave and satellite solutions divisions  Through Sinclair Technologies, Norsat increased its market penetration in Europe, the Middle East and Latin America. In Q4, Sinclair sales increased 12 percent to $6.3 million from $5.7 million in 2012, and maintained a gross profit margin of 43 percent down from 44 percent in 2012.

One of Norsat’s major acquisitions last year was the attainment of CVG, which has helped the company by augmenting their product portfolio and enhancing intellectual property within the satellite solutions and microwave segments. Based on these year-end results, Norsat has entered new markets with solid state power amplifiers (SSPAs), high-powered block up converters, satcom baseline kits and microsat satellite terminals.

“The CVG portfolio contributed approximately $1.5 million in revenues in 2013 and has resulted in a significant order from Harris Corporation for the Atom series we acquired as part of the CVG transaction,” said Chan.

In terms of spending habits, Norsat was able to decrease its overall operating expenses by 30 percent from $15.6 million to $10.8 million, which helped the company to maintain positive EBITDA results in 2013. The decreased operating expenses are due to reduced sale commissions as a result of lower sales volumes, lower general and administrative expenses from reduction in bonuses accrued due to lower sales volumes and lower earnings.

Norsat expects a revenue improvement in the first quarter of 2014 based on customer activity in both the Sinclair and microwave segments. The addition of the CVG portfolio and the Harris contract will support sales in the microwave segment. The company is also looking to expand into the BUC market for high power back-up converters. The U.S. budget sequestration will remain a challenge for the satellite solution sector, with more airtime contracts expiring by the end of Q1.

“Going forward, we’ll continue to expand both our product mix and end markets to reduce a reliance on any one customer or market,” said Chan.