UIEvolution and Kymeta Working to Bring Satellite to the Connected Car 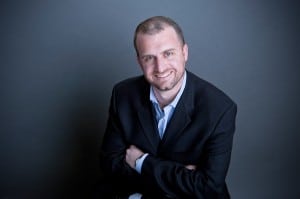 [Via Satellite 01-15-2014] Having satellite Internet built-in on your new car might not be as far fetched as it sounds. UIEvolution, provider of connected services platforms, is working with Kymeta to integrate its meta-materials based antenna into cars and boats. The partnership was announced at CES 2014, and since then the companies have begun working together to provide a new connectivity solution, which will create the means for cars to more easily access the Internet.

“We are trying to show the advantages of connecting satellite to our existing Auto Evolution platform that is currently in the market today with Toyota and our other customers,” Chris Ruff, CEO of UIEvolution, told Via Satellite.

Currently UIEvolution uses LTE services to deliver content to cars. The company makes use of Bluetooth capabilities through the driver’s mobile phone to connect the vehicle. This method, while adequate for current use, is not as efficient as other approaches. For example, LTE is limited geographically to places where the services can be reached, which means it can offer connectivity largely to urban areas. Using Bluetooth as the connection protocol also constrains the types of content that can be delivered.

“We know that while LTE is fast, there are going to be inefficiencies in the ability to service rural [areas] and places like that,” said Ruff. “The other problem with LTE is that data usage on mobile is accelerating, not decelerating. We’re going to be filling these pipes up as fast as wireless operators can deploy them. So there is a potential limitation on the overall amount of bandwidth that is going to work with LTE. And then there will be restrictions for certain types of applications and services that you won’t be able to bring into these spaces. In our car space we think there is a huge opportunity to have an alternative network connection that can bring a larger amount of data to the car.”

Through this partnership, both companies are leveraging each other’s strengths to enable satellite-based connectivity solutions. Kymeta will work with satellite operators, while UIEvolution will place more of its focus on automotive actors. Adding Kymeta’s antennas to vehicles will provide satellite-based connectivity to larger areas while making use of less bandwidth than LTE.

“From our work with Kymeta and some of the advances we see they are making, my belief is they are going to get to a price point that will make it all work another way,” said Ruff. “I don’t think LTE is going to leave the car; I just think there are going to be multiple ways that you can connect, and satellite is another good one.”

UIEvolution is also planning on implementing Kymeta antennas on cruise ships, where LTE is not an option. Satellite in this market is a necessity. UIEvolution announced a contract with Princess Cruises during the summer of 2013 to provide connectivity to its passengers. Yet while maritime is decidedly dependent on satellite, Ruff believes the larger market opportunity is on the ground.

“The car is going to be connected,” he said. “Nearly every major automotive manufacturer has announced some sort of connected services platform, and for the most part, they are moving from an option to a standard feature. That’s not 100 percent yet, and it certainly skews more heavily to industrialized countries like the United States, but the trends are all there. I think we’re at the very early stages right now.”

Beyond expecting future cars to be connected, there could also be opportunity in the automotive aftermarket. Ruff mentioned that there are approximately 700 million cars on the road today, which presents a large potential market for satellite antenna installations. Ultimately this partnership with Kymeta has been made in anticipation of a very large expected market for connected vehicles.

“Today, what we are doing is connecting existing content services to the car,” said Ruff. “That’s cool and interesting, but the reality is that once these cars are connected there will be a whole new set of applications and services that I don’t think any of us can fully comprehend today.”