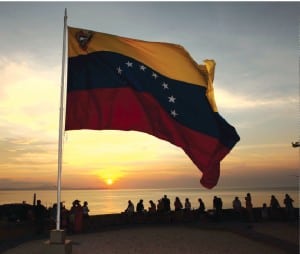 As Latin America continues to shape up as a hotbed for the satellite industry, Venezuela is looking to become a more relevant player in this market.  With two satellites already launched, and more ambitious space projects in the pipeline, the country is quickly becoming a pioneer for developing a space-based capability in Latin America.
In 10 years, the country has already launched two satellites, trained more than 200 people with satellite technology skills, and is in the process of building its own satellite manufacturing facility, according to Victor Cano, president of Venezuela’s space agency the Bolivarian Agency for Space Activities (ABAE for its acronym in Spanish). It all started in 2002 when the government made space exploration a priority and began creating a legal and institutional framework to make this possible, Cano says. Thus, the ABAE was created and the goals were set, but the key to success was the country’s stellar diplomatic ties with the People’s Republic of China.
“Thanks to China, in less than 10 years, Venezuela has two satellites in orbit controlled, monitored and used by Venezuelans – something that not many countries in the world can say,” Cano says. 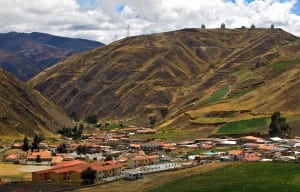 Apartaderos, a small Andean town in Mérida State, Venezuela, is located at an altitude of 3,505 metres (11,502 feet). Courtesy of Prensa MINTUR Venezuela

Communications
At the start of the last decade, Venezuela began its journey to building and launching its first satellite (Venesat 1) dubbed Simon Bolivar, the name of its most iconic founding father. For this communications satellite, more than 70 Venezuelans travelled to China to receive training in satellite operations and witness the manufacturing process.
Just six years after the country’s curiosity for the satellite industry sparked, Venezuela already had its first satellite in orbit. Venesat 1 was launched on October 29, 2008.

Based on the DFH 4 satellite platform, the satellite is equipped with 28 transponders: 14 C-band, 12 Ku-band and 2 Ka-band, and has a service life span of 15 years, according to its manufacturer China Great Wall Industry Corporation.
Cano says the satellite was conceived as a solution to provide connectivity to remote regions of the country where terrestrial communication is not available. And in its five years of activity, it has provided connectivity to more than 4 million people in Venezuela, he added. “The Simon Bolivar satellite has enabled us to provide communication services to remote sites in our country, and has also helped lower service costs for the Venezuelan government.”

Cano says that the government has been using the Venesat 1 capacity to provide satellite communications to its state-owned oil industry, its military, and to government research institutions.

In its mission to provide communications to remote locations of the country, Venesat 1 capacity has been used to offer satellite broadband and television services to these communities that have no access to fiber or regular over-the-air television signal. While the ABAE controls, manages and monitors the health and orbit of the satellite, CANTV, the state-owned telco, administers the payload of the satellite and provides the communication services offered through it, according to Cano. “More than 7,000 antennas have been distributed nationwide and this has directly benefited more than 4 million Venezuelans in different areas such as satellite television and radio or tele-education services, for example. These are all connected through the Simon Bolivar satellite,” he says.

Earth Observation
As the country continued to explore possible applications of the Venesat 1, its second satellite was already being prepared, but this time Venezuela would dive into the Earth observation arena. The process repeated itself with more than 50 Venezuelans travelling to China to witness the manufacturing process and get training in operating an observation spacecraft, according to Cano.
The Venezuelan Remote Sensing Satellite (VRSS 1), also known as the Miranda satellite after another Venezuelan founding father, was launched on September 29, 2012. Based on the CAST2000 platform, the satellite is also controlled by the ABAE through local ground stations built for it in Venezuela.

“We have almost 4,000 images with cloud cover less than 20 percent. In total, we have gathered a little more than 10,000 images but unfortunately, since we are a tropical country, the cloud cover is an important challenge. However, of those 10,000 images, 4,000 are useful for research in different areas of knowledge,” Cano says.

Cano says the satellite is used for monitoring agricultural activities and crops, the study of geological hazards, monitoring national security and borders, coastal protection, as well as for the search of new lands for government housing projects.

Manufacturing
While Venezuela is still getting comfortable with its new satellite capabilities, the country is eager for more. Its ambitious future plans are mainly focusing on one objective: having the capability to build their own satellites. With this goal in mind, Venezuela is working on opening its own satellite manufacturing facility within the next year. “This is our main objective to achieve over the next 12 months. We expect that by July or August of next year, this center will be fully operational,” Cano said.
The factory, as he calls it, will be focused on building small satellites of up to 1 ton in weight. Thus, for its next satellite, the country’s space ambitions will go to the next level, relying less on Chinese expertise, and more on Venezuelans involved in all parts of the process from conceptionto launch.

“We wanted to start the factory with low-orbit, small satellites because they are a bit more manageable in the design and requirements. Although we have not decided on what will be the next Venezuelan satellite, the idea is that it will be designed, assembled, and manufactured here in Venezuela,” Cano said adding that the ABAE has explored the possibility of having a satellite to study the physical properties of the Earth.

A Plan for Space Activities
As the ABAE is building the first Venezuelan satellite manufacturing facility, the agency is also working on its strategic plan for the next six years, equivalent to the presidential period that began this year in the country. Cano expects the plan to be finalized and approved before the end of 2013.
“This plan is a roadmap showing where we need to direct all our efforts to; it outlines our goals for this presidential term. … Since we are developing this plan, we have nothing definite yet but hopefully before the end of the year, the plan will be approved,” he said.
What Cano is sure of, however is that an important guideline for this strategic plan will be the consolidation of not just Venezuela as a player in the satellite industry, but of Latin America as a whole.

“As it is our government’s policy, the goal is to position ourselves as a regional bloc with the Latin America and the Caribbean region in different areas of knowledge and one of them, of course, is space activity,” Cano says. “Our idea is to strengthen ourselves as a nation in the space industry but also rely on other countries within the region, such as Argentina and Brazil, which have already built several satellites and have more years of experience than us. In addition, we also support other countries, such as Bolivia, that are starting to delve in the space industry. We seek to establish a relationship both to obtain new knowledge, as well as to provide new knowledge to the region.”

Cano believes that strengthening Venezuela’s position and expanding its reach within the space industry is a fundamental move toward the country’s development as well as the region as a whole. He even envisions a launch center that would serve and be managed by the Latin American countries as a bloc; “but it is not definite,” he said.

Pay-TV
While the Venezuelan government’s participation in the satellite industry is still quite new, the country is no stranger to satellite. In 1996 DirecTV entered the Venezuelan market as the first DTH satellite provider and has remained one of the top options for satellite television in the country since its launch. However, the television giant is now facing competition as new companies have entered the market over the past two years.

“The pay TV market in Latin America is very dynamic, with a strong growth trend led by DTH technology, and Venezuela is no exception,” says Rodolfo Carrano, marketing director, DirecTV Venezuela. “In each market there must be supply and demand, the final decision is taken by the Venezuelan consumers who decide which company they will allow in their homes.”

Spanish company Telefónica, through Movistar, its brand in Venezuela, first launched its DTH service in 2008. But in October 2012, the company relaunched the service with more channels than before. Movistar TV now offers 150 channels with 23 of them in HD using capacity on Hispasat’s Amazonas 1 and 2 satellites, according to Agatha Coello, general manager, Movistar TV.

In 2005 Movistar entered the Venezuelan market offering mobile telephony services. Since then, the company has grown to offer fixed telephony and mobile Internet services as well. Now, Movistar is leveraging its customer base to grow its satellite TV service penetration by offering bundles and discounts to its current users. “This is our competitive advantage in the market and that translates into a great alternative for users looking to access these services at a lower cost,” Coello says.

Another company that has dived into satellite television is Inter, a Venezuelan cable television provider. But unlike Movistar, Inter is not looking to capitalize on its current customers, but to expand its reach to those that can’t access it.

“Inter serves more than 2 million homes in Venezuela with a triple play offer. However, these represent only 29 percent of homes around the country. Due to the socio-geographical characteristics of Latin America, it was impossible to reach all homes with our fiber optics network. This is why we saw the opportunity to serve these households that still have very low penetration of pay-TV services with a satellite service,” says Eduardo Stigol, CEO of Inter Venezuela.

With its satellite television services launched in August 2012, the company is expanding to all the approximately 5 million homes its optic fiber network cannot reach. The service is offered under a pre-paid model to attract lower income families in Venezuela, Stigol says. Inter’s basic plan offers 78 channels with two of them in HD, with the option to purchase access to more HD channels in their premium plans. Stigol believes this offer is what sets Inter apart from its competition.

The entrance of Movistar TV and Inter’s satellite service to the Venezuelan market could indicate an important shift in the country’s attitude toward pay-TV and a growing demand for these services. This, combined with the government’s growing interest in developing its space expertise, is making Venezuela – a country of close to 30 million people – an exciting newcomer to the satellite industry.