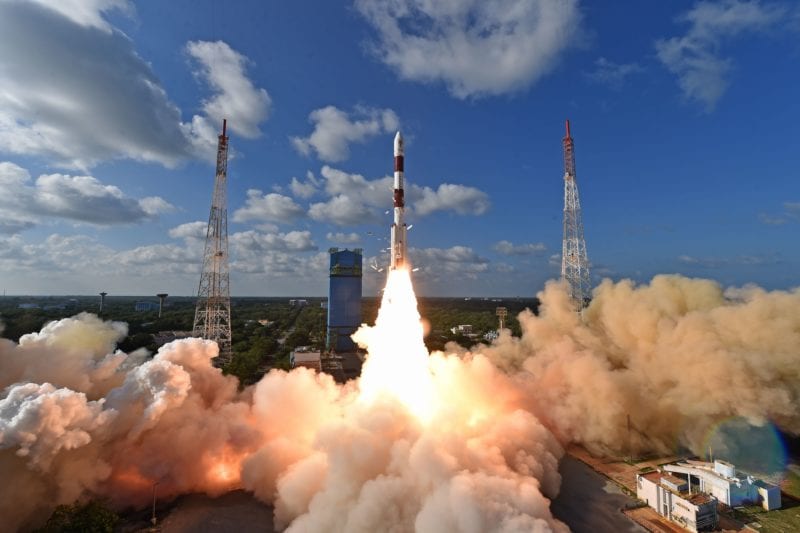 OneWeb is exploring launching future satellites in its constellation from India, the home of its chairman, Sunil Bharti Mittal. The company signed letter of intent with NewSpace India Limited (NSIL), the commercial arm of Indian Space Research Organisation (ISRO), to potentially use the Indian-built PSLV (Polar Satellite Launch Vehicle) and the heavier GSLV-MkIII (Geosynchronous Satellite Launch Vehicle) to launch OneWeb’s satellites in India from 2022. OneWeb announced the non-binding letter of intent on Monday.

The PSLV can take up to 1,750 kg of payload to Sun-Synchronous Polar Orbits of 600 km altitude, and 1,425 kg of payload to Geostationary Transfer Orbit (GTO). GSLV MkIII is a three-stage heavy lift launch vehicle that can carry 4-ton class satellites into GTO or about 10 tons to Low-Earth Orbit (LEO).

OneWeb is building its initial constellation of 648 LEO satellites and has already put 322 satellites into orbit, all launched by Arianespace thus far. Services will begin this year to the Arctic region including Alaska, Canada, and the United Kingdom. By late 2022, OneWeb plans to offer its high-speed, low latency connectivity services in India and the rest of the world.

“ISRO has built formidable launch capabilities and India is part of the select group of countries to have history of successful launches. OneWeb will be delighted to use ISRO’s proven platforms to fulfil its vision of taking broadband connectivity across the earth, oceans and sky. We believe this initiative will further the prime minister’s vision of making India a key hub in the global space ecosystem and also boost the India-U.K. strategic partnership,” Sunil Bharti Mittal, chairman of OneWeb, said in a statement.