Students to Launch CubeSats from ISS to Study Orbital Decay 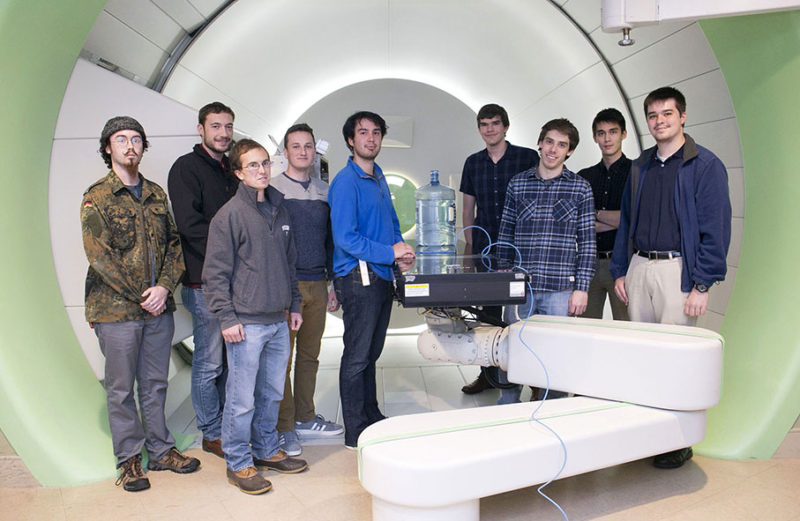 A team of Old Dominion University (ODU) students is counting down to a launch date later this year when their CubeSat will be sent into orbit from the International Space Station (ISS). More than 20 engineering ODU students took part in the two-year Virginia CubeSat Constellation project to develop the 4-by-4 inch satellite that will take measurements documenting the effect of orbital decay during the approximately four-month flight.

The Virginia CubeSat Constellation is a NASA and Virginia Space Grant Consortium (VSGC)-funded mission that will place three very small satellites in orbit from the ISS as part of the NASA Undergraduate Student Instrument program. The student-led mission is a VSGC project and joint effort among four member universities: Old Dominion University, the University of Virginia, Virginia Tech and Hampton University. More than 100 students across the universities have been working on the project.

The constellation has been selected for launch to the ISS in the third quarter of 2018 or early 2019 with orbital insertion to follow from the station. The ODU satellite, Aeternitas, has a drag brake to intentionally cause orbital decay. The other two satellites, Libertas and Ceres, should orbit for up to two years. The satellites will communicate data to ground stations at Virginia Tech, the University of Virginia and Old Dominion University for subsequent analysis using an analytical tool being developed by Hampton University.

The mission seeks to obtain measurements of the orbital decay of a constellation of satellites to develop a database of atmospheric drag and the variability of atmospheric properties. It will also evaluate and demonstrate a system to determine and communicate relative and absolute spacecraft position across an orbiting constellation. The CubeSats take advantage of microminiaturization of sensors and other components to undertake relatively inexpensive studies and demonstrations in space.