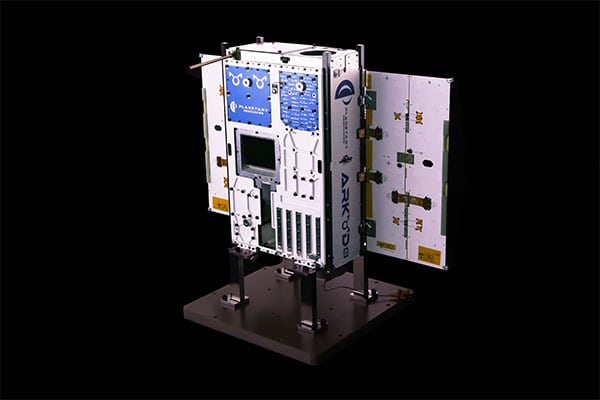 Planetary Resources announced it has begun to receive telemetry from Arkyd 6 spacecraft, a 6U CubeSat containing a demonstration of technology designed to detect water resources in space. The Indian Space Research Organization (ISRO) launched the satellite into orbit on its Polar Satellite Lauch Vehicle (PSLV) on Jan. 12.

According to Planetary Resources, the data obtained from the Arkyd 6 will be valuable in the development of the Arkyd 301, the company’s next spacecraft platform and the beginning of its space resource exploration program. In the process of engineering the Arkyd 6, the Planetary Resources’ team was able to modify commercial hardware to be used in space, allowing for the possibility of deep-space missions at reduced costs.

Out of 17 elements that will be tested during Arkyd 6’s flight, one of the most crucial technologies is the onboard Mid-Wave Infrared (MWIR) imager. The technical team qualified a commercial sensor to collect pixel-level data and integrated custom optics. Based on the findings from this initial flight, Planetary Resources will further develop this sensor technology into advanced water resource detection hardware, which will be incorporated into Arkyd 301.

Arkyd 6 will test additional technologies such as power generation, attitude determination, instrument operation and two-way communication. Although the spacecraft is fully autonomous and able to execute all functions independently, it will continue to communicate with Mission Control through every critical checkpoint.

“If all of the experimental systems operate successfully, Planetary Resources intends to use the Arkyd 6 satellite to capture MWIR images of targets on Earth’s surface, including agricultural land, resource exploration regions, and infrastructure for mining and energy. In addition, we will also have the opportunity to perform specific celestial observations from our vantage point in low Earth orbit. Lessons learned from Arkyd 6 will inform the company’s approach as it builds on this technology to enable the scientific and economic evaluation of asteroids during its future Space Resource Exploration Mission,” said Planetary Resources Chief Engineer Chris Vorhees.