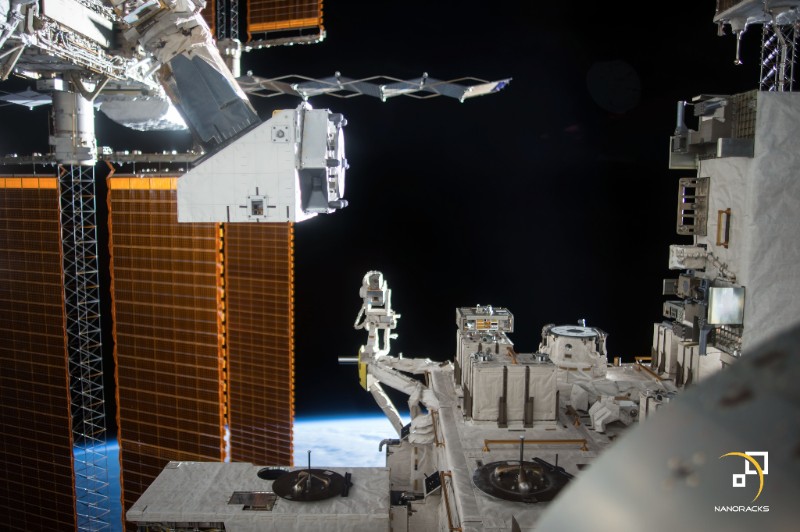 Astronauts reinstalled NanoRack’s External Platform (as seen in the top left) on the outside of the ISS. Photo: NanoRacks.

On Jan. 10, the astronaut crew on the International Space Station (ISS) reinstalled the NanoRacks External Platform (NREP), initiating the commercial platform’s third customer mission. The external platform, self-funded by NanoRacks, is a gateway to the extreme environment of space. Customers can experience the microgravity, atomic oxygen, radiation and other harsh elements native to the space environment. Additionally, customers can observe Earth, test sensors, materials, and electronics, all while having the opportunity to return the payload back to Earth.

The platform has been mounted on the outside of the ISS, completing its second mission, since early May 2017. Last week, the astronaut crew brought the platform back inside the space station via the Japanese Kibo Airlock and completed the second payload swap out, preparing for the third mission.

This NREP mission is hosting the Cavalier Space Processor payload, which consists of a 10x10x40 centimeter aluminum enclosure, along with an externally mounted antenna and internal processing electronics. Cavalier is a receive-only experiment, and does not have transmitting capability. Orbital ATK recently launched Cavalier as part of its CRS 8 mission last November.