IOT Critical to Gaining a Competitive Edge in Mining 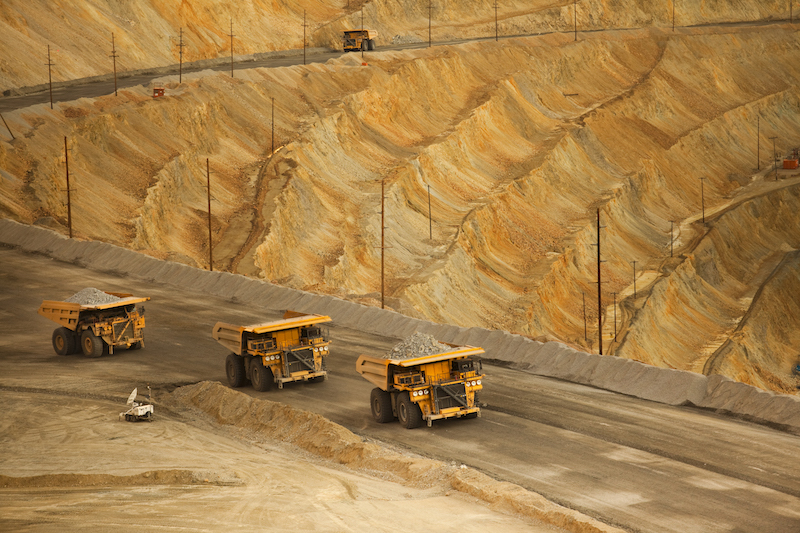 Bingham Canyon copper mine in Utah, the largest man-made hole in the world. Photo: Inmarsat.

Businesses in the mining industry are backing the Internet of Things (IOT) to help them retain their market share as competition in the sector intensifies, the quality of seams decreases, and profit margins are put under pressure. According to recent research published by Inmarsat, IOT will play a critical role in helping mining businesses increase automation and improve production efficiency, enabling them to compete with rivals operating in lower cost markets.

Market research specialist Vanson Bourne interviewed respondents from 100 large mining companies across the globe for Inmarsat’s “The Future of IoT in Enterprise” report, and found that 70 percent of mining businesses agreed that IOT would give them a significant edge against their competitors.

Mining operators further identified how IOT would help them bolster this competitive edge, with 41 percent reporting that they would use IOT to increase the automation of business processes, and 44 percent saying that it would help them identify cost saving and efficiency opportunities.

“It is no surprise to see that mining businesses are looking to IOT to help them gain a competitive advantage. Mining businesses across the world are under constant pressure to produce the same product at a lower price than their rivals. At the same time, it is becoming harder to find high quality deposits in lower sovereign risk countries,” said Joe Carr, director of mining at Inmarsat. “This pressure is amplified in developed economies, such as Canada and Australia, where labor costs are much higher than in emerging markets, leaving operators in these territories at a significant competitive disadvantage. These businesses must drive down operating costs and improve productivity to remain competitive, and the most effective way to do this is the adoption of IOT and automation.”