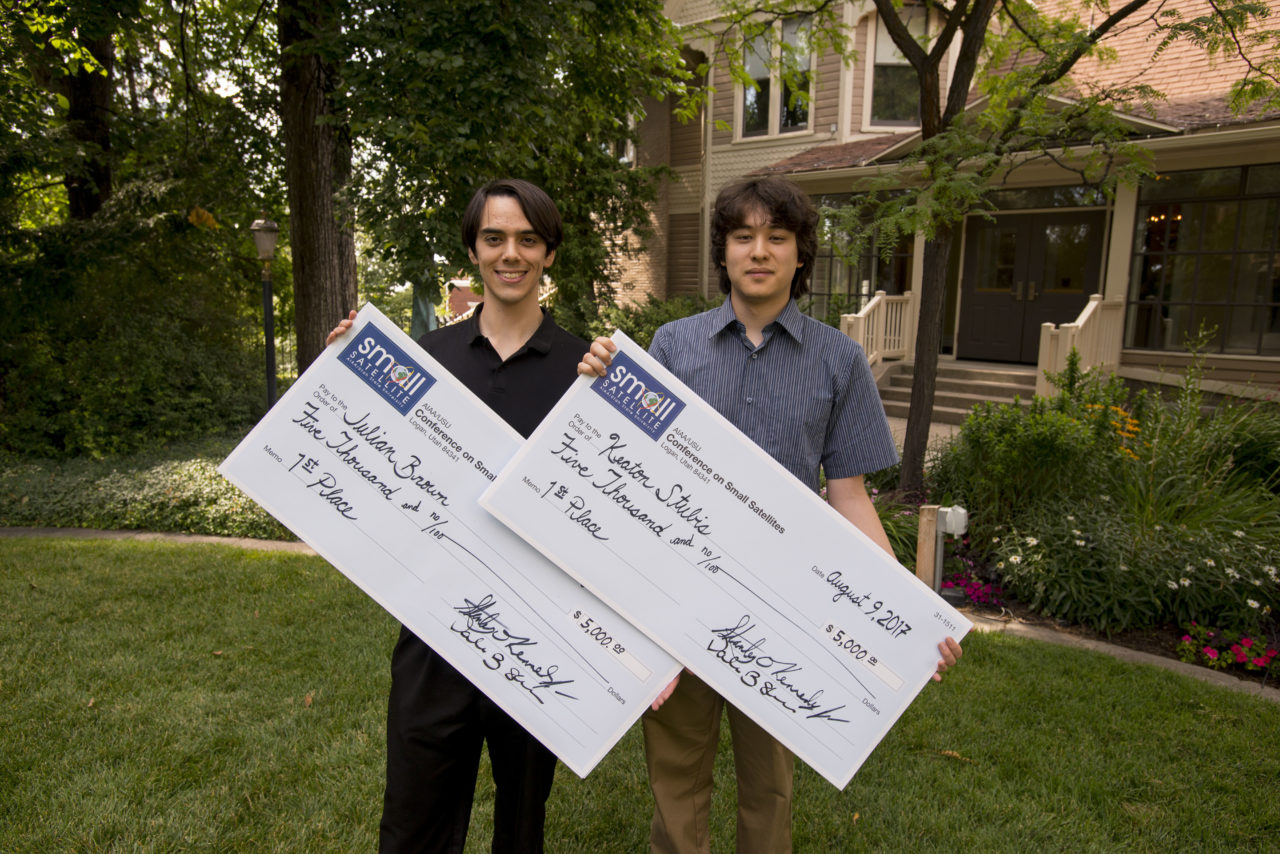 Julian Brown, a doctoral student and researcher at the Massachusetts Institute of Technology’s (MIT) Space Systems Laboratory, and Keaton Stubis, an MIT mathematics graduate and Johns Hopkins University doctoral student in mathematics, were awarded the top prize at the 2017 Conference on Small Satellites, hosted by the American Institute of Aeronautics and Astronautics (AIAA) and Utah State University (USU), for their presentation of a star-tracking algorithm that provides significantly faster, more accurate star identification at a fraction of the current cost, enabling the development of the next-generation of spacecraft navigation technology.

Brown and Stubis shared the accompanying $10,000 prize by securing first place in the Frank J. Redd Student Competition. The competition provides undergraduate and graduate students pursuing a degree in an engineering or scientific discipline with the opportunity to share their work on small satellite concepts and missions.

According to Brown and Stubis, the new Tetra Star Identification Algorithm is a significant improvement over the system that had been the gold standard in star tracking since 2001, the Lost in Space Pyramid Algorithm developed by Texas A&M Professor of Aerospace Engineering Daniele Mortari. The new Tetra Star Tracking Algorithm not only increases identification speed by more than 6,000 percent and decreases inaccuracy by between 300 to 100,000 percent for uncalibrated cameras, correcting for centroiding error, rotation, and field of view error, but does so at a tiny fraction of the current estimated equipment costs of hundreds of thousands of dollars, using materials costing only fifty dollars, according to the researchers.

“Tetra opens the door for a new generation of star trackers,” write Brown and Stubis in their paper, titled Tetra: Star Identification with Hash Tables. “Acquisition time, which is the time it takes a star tracker to produce its first attitude solution after startup, is no longer limited by solving the lost-in-space problem. Using Tetra, spacecraft cameras are now capable of rapid self-calibration on-orbit, improving pointing precision without careful alignment on the ground. Tetra also enables star trackers to be built more compactly, as they no longer need RAM to operate. The possibilities are staggering.”