Satellite Images of the World in 2017 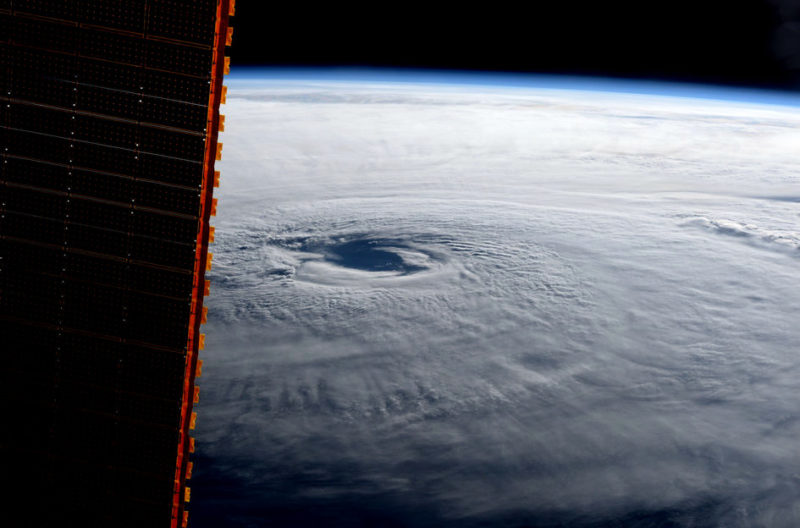 An image of hurricane Maria taken by ESA astronaut Paolo Nespoli from on board the International Space Station on Sept. 21, 2017. Photo: ESA/NASA.

Like most years, 2017 was a mixture of great triumphs, inconceivable tragedies and controversial events whose lasting impacts on history remain to be seen. 2017, however, also marked a flagship year for the Earth Observation (EO) market, as companies such as DigitalGlobe and Planet continue to loft more powerful satellites than ever before. We’re quickly reaching a point where no meter on Earth will go unmonitored, which is equal parts unnerving and advantageous.

Here’s a small selection of some of the events that shaped the world in 2017, and what they looked like captured by the satellites orbiting silently above.

The inauguration of U.S. President Donald Trump was quickly overshadowed by one of the largest mass protests in the country’s history. More than half a million people gathered in Washington, D.C. alone to advocate for policies and legislation supporting women’s rights, LGBTQ rights, reproductive rights and other politically charged issues. 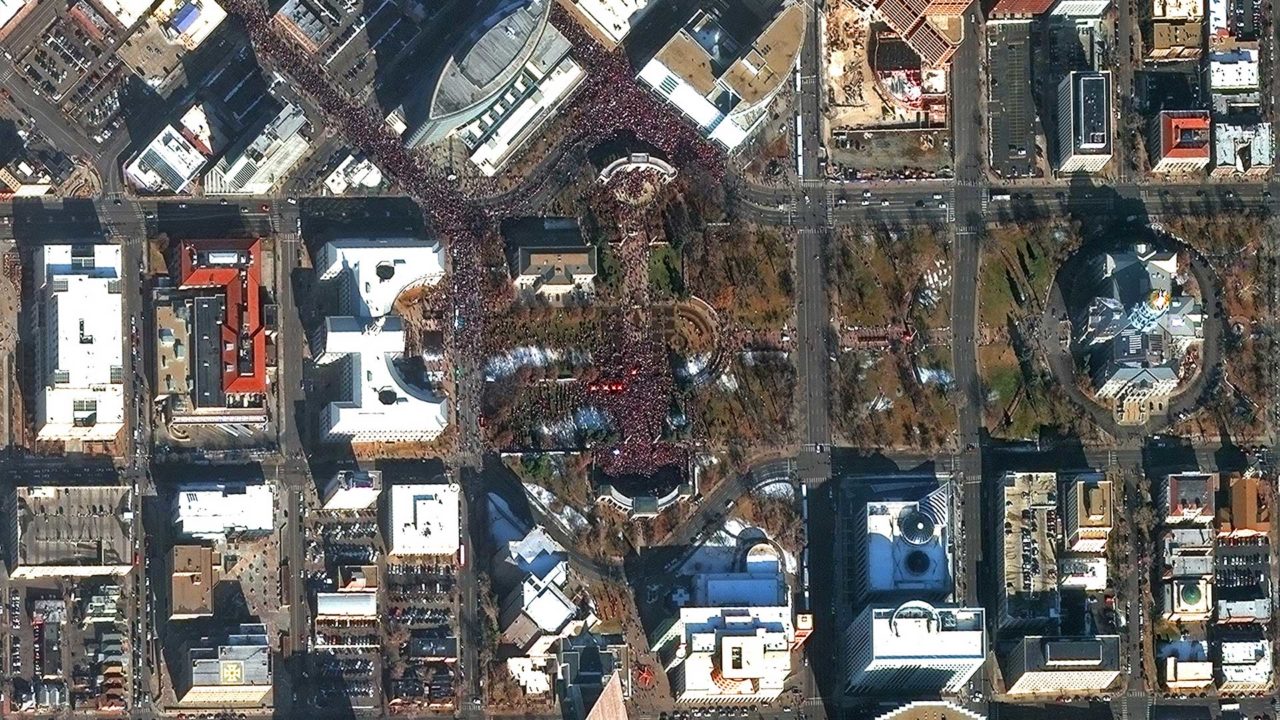 The Women’s March in Denver, Colorado, on January 21, 2017. Photo: DigitalGlobe.

In response to the Syrian government’s chemical attack on its own civilians, on April 7 the U.S. military launched dozens of missiles at the airbase from which the attack originated. According to The New York Times, President Trump stated the missile launch was in the interest of U.S. national security, and was a signal to Syrian President Bashar al-Assad that the U.S. would not turn a “blind eye” to the use of such weapons. 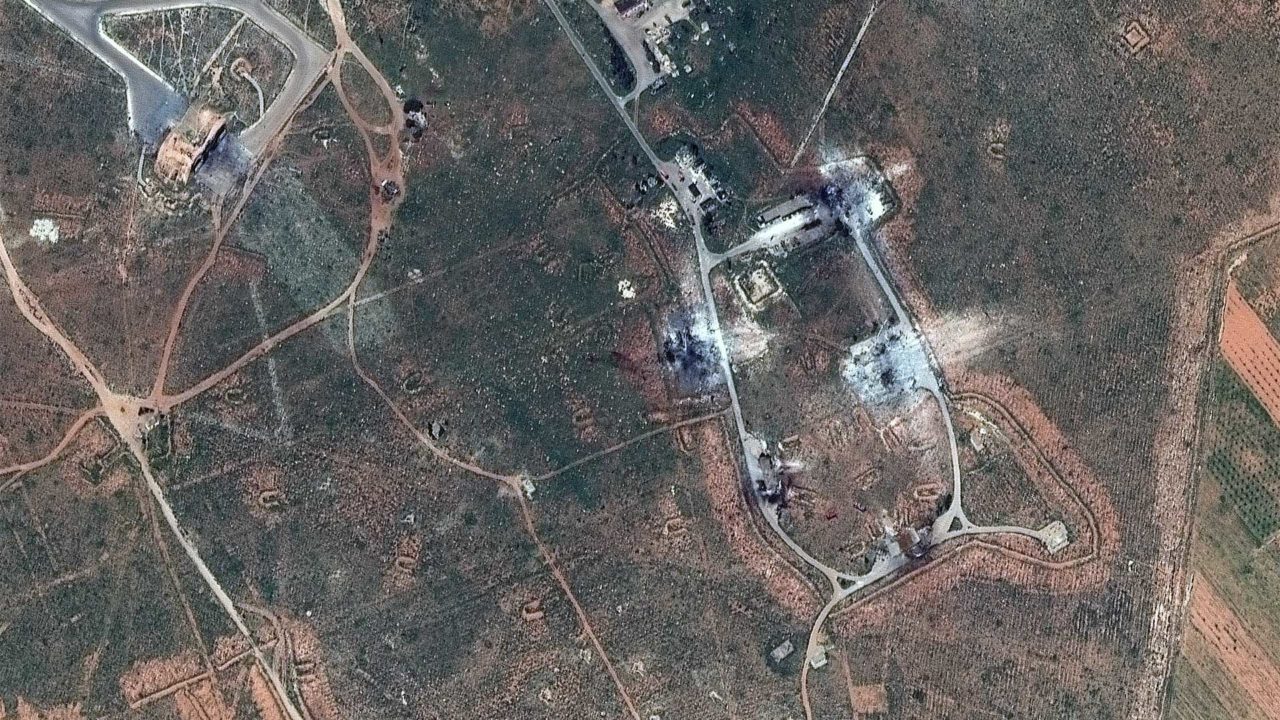 Aftermath of the U.S. airstrike on Al Shayrat airfield in Syria. Photo: DigitalGlobe. 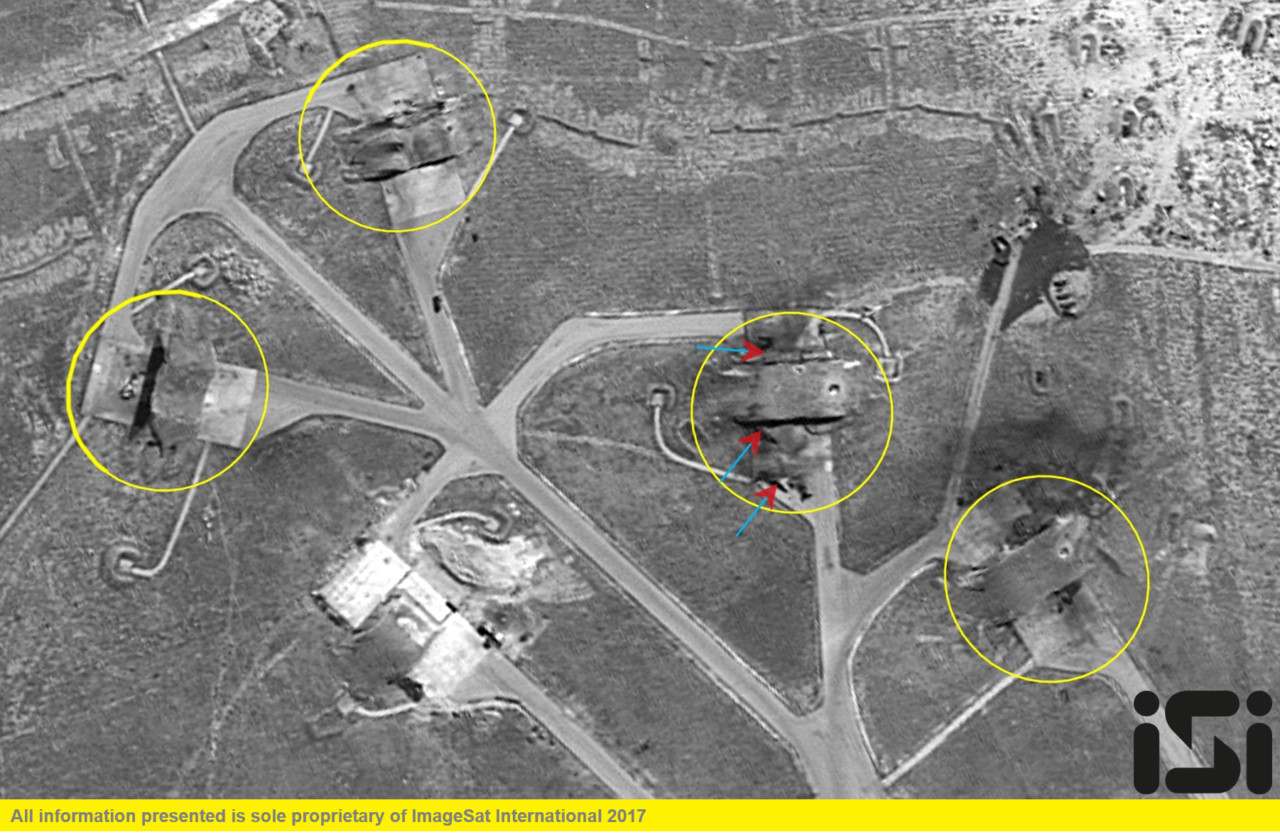 The 2017 Atlantic hurricane season was one of the most remarkable in decades, generating 17 storms in total that caused a record-breaking $369.86 billion in damages. Hurricanes Maria, Irma and Harvey were particularly intense when they made landfall, and places such as Puerto Rico and Texas are still recovering months later from their impact. 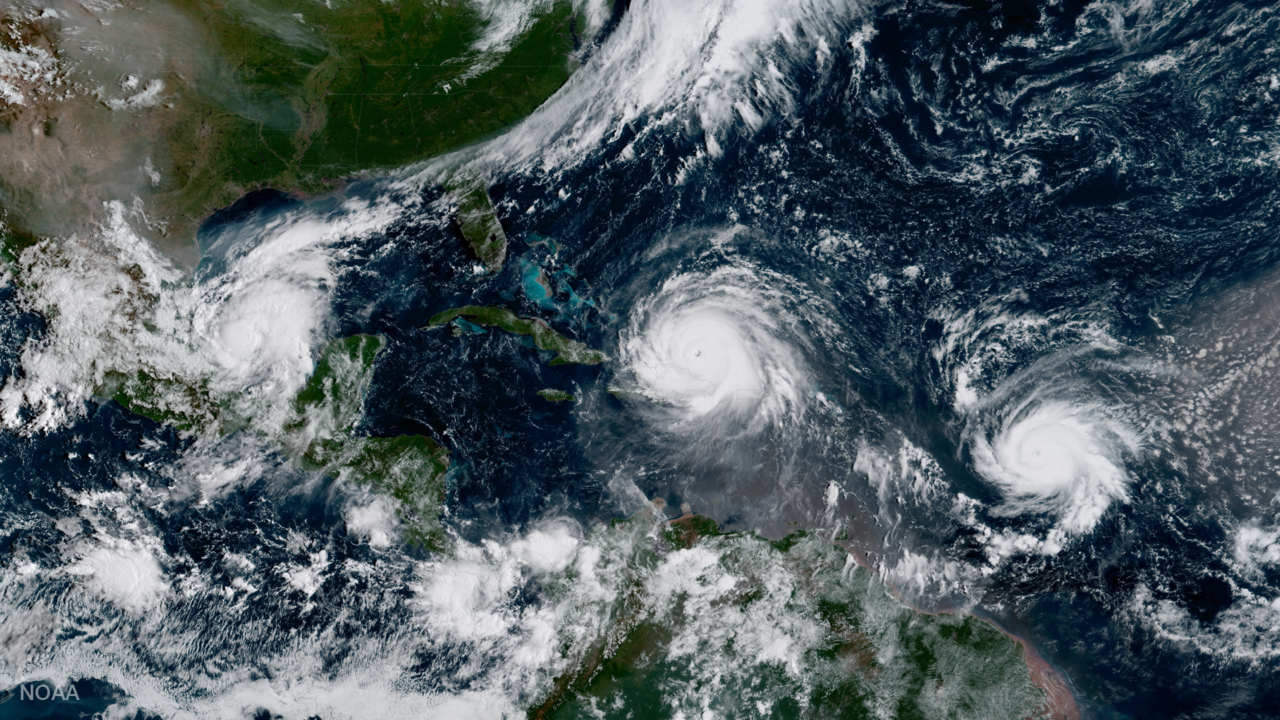 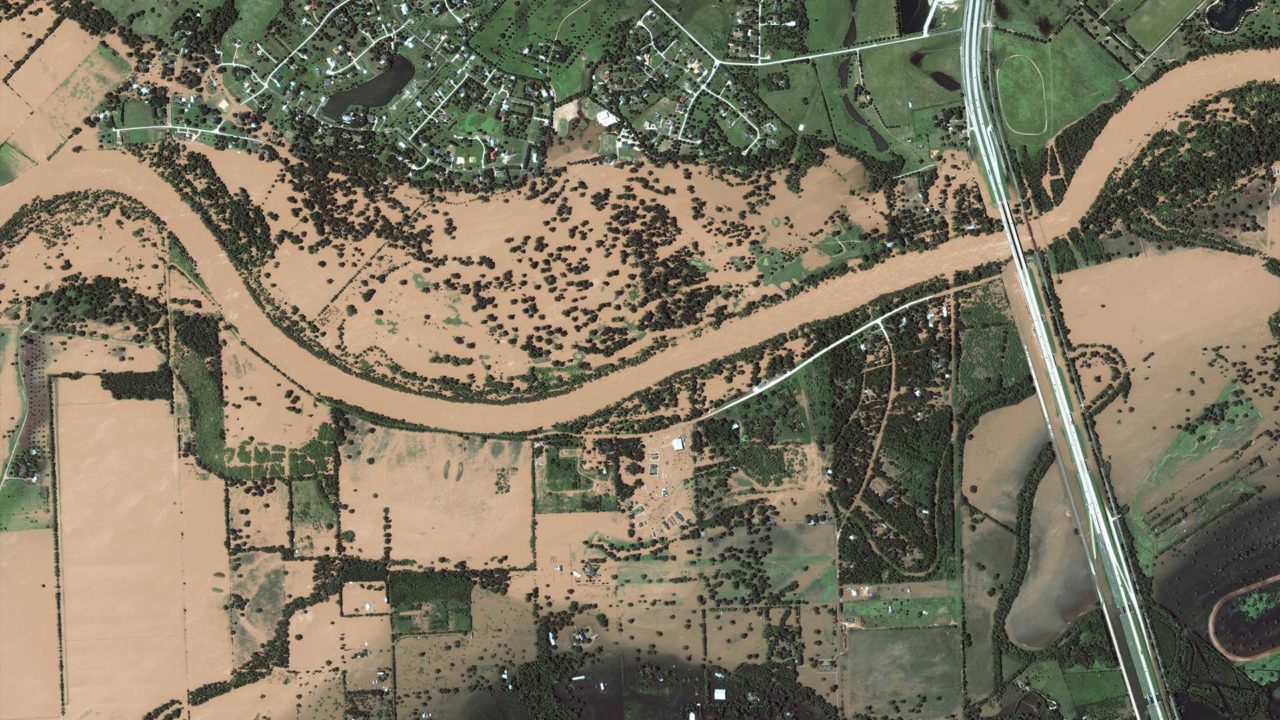 For the first time since 1918, a total solar eclipse crossed the entire contiguous U.S., drawing in spectators from around the globe. 14 states were lucky enough to see full totality on Aug. 21, and satellites tracked the enormous shadow as it streaked across the landscape. 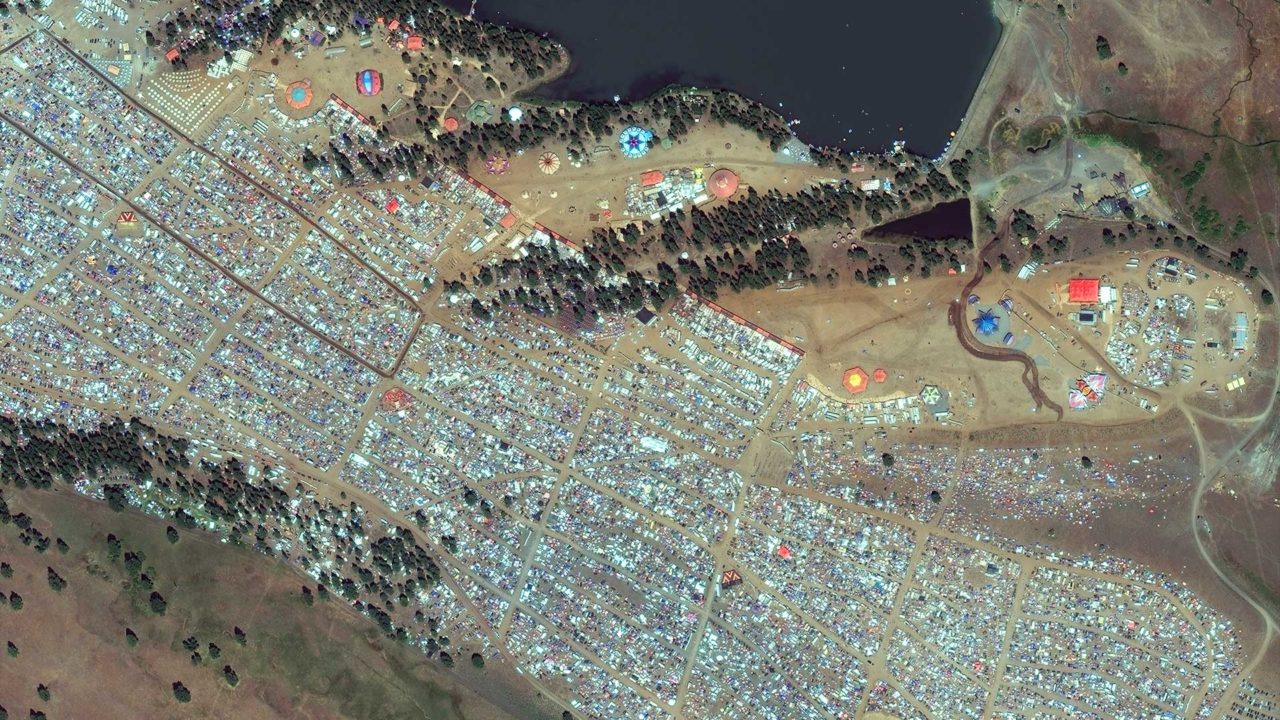 According to the BBC, scientists estimate that 2017 will likely be the third warmest year on record, with the average global temperature 1.1 degrees Celsius higher than pre-Industrial figures. As a proxy for the unabated progression of climate change, satellites watched as an iceberg larger than Delaware cleaved off of the Larsen Ice Shelf in Antarctica.

The existing rifts in #LarsenC are accentuated in the latest #sentinel1 image showing iceberg #A68a bumping in pic.twitter.com/vNkOqKFuqy 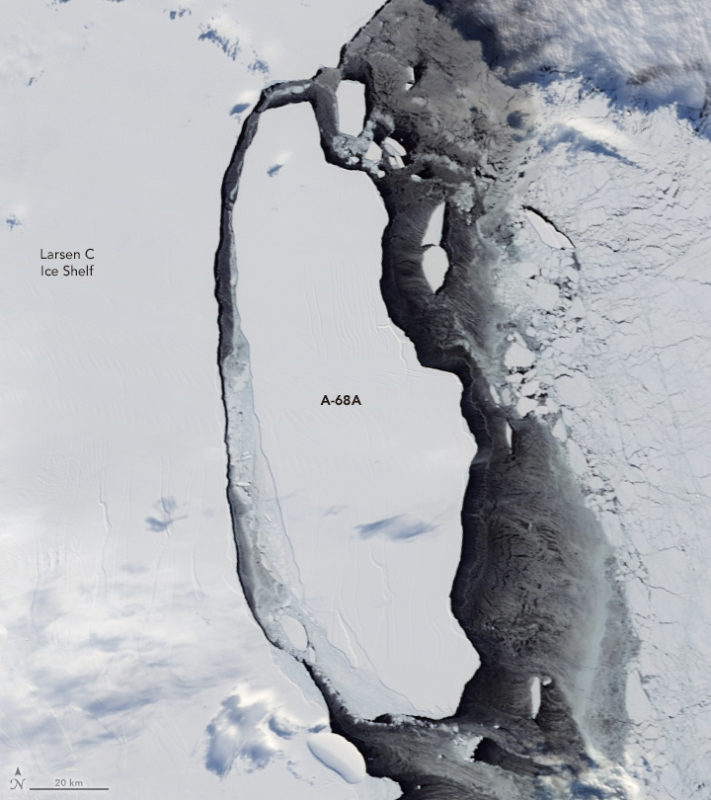 This natural-color image was captured on Sept. 11 by the Moderate Resolution Imaging Spectroradiometer (MODIS) on NASA’s Terra satellite. Photo: NASA.

Parts of both Northern and Southern California burned for weeks on end after climate conditions triggered some of the largest wildfires in the state’s history. 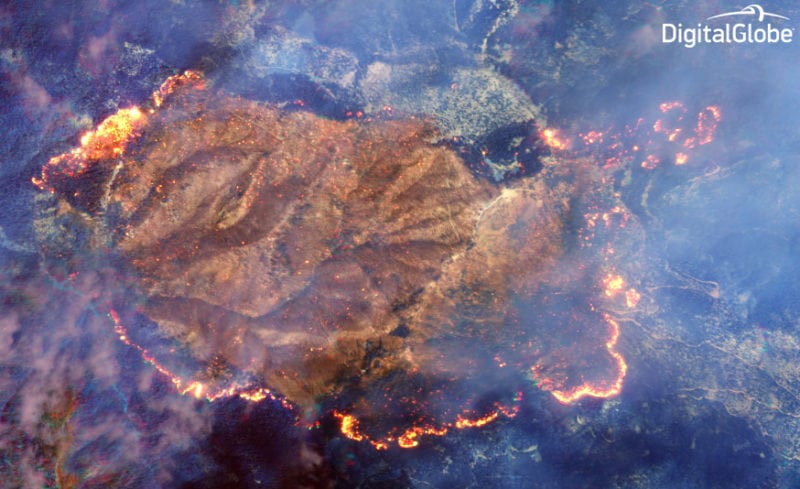 DigitalGlobe uses a Shortwave Infrared (SWIR) sensor built by Harris on its WorldView 3 satellite to penetrate the smoke and detect heat beneath. Photo: DigitalGlobe.

Thank you to all the first responders, firefighters, and citizens willing to help fight these California wildfires. #CaliforniaWildfirespic.twitter.com/TyeGx4z85Q 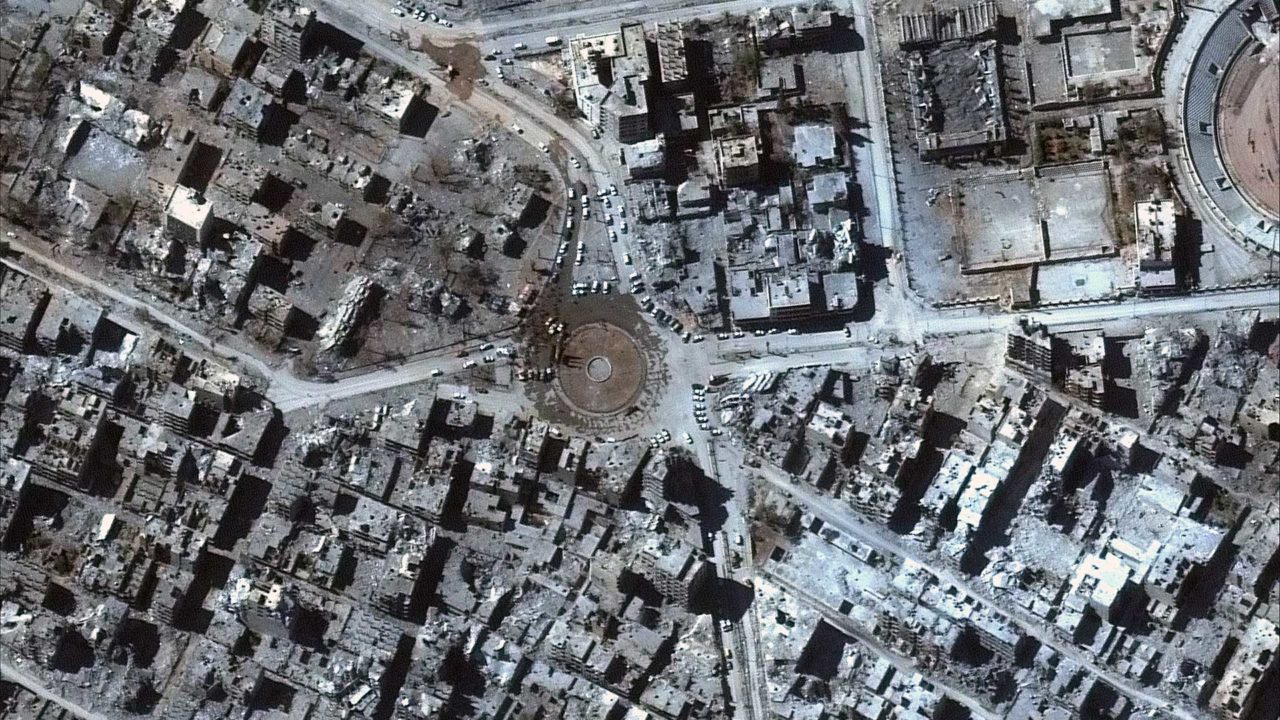