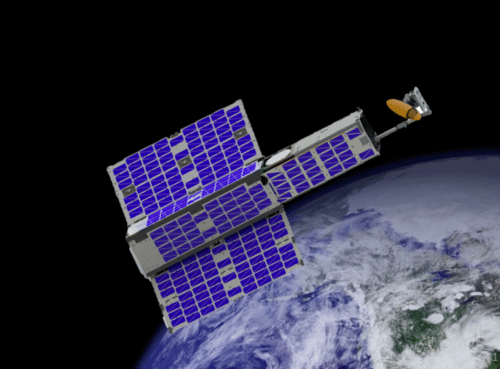 Orbital Micro Systems (OMS) has executed a contract with the Satellite Applications Catapult, to put its miniaturized weather observation technology into space. The mission is part of the In Orbit Demonstration (IOD) Program, funded by Innovate UK and managed by the Catapult.

The IOD space mission, scheduled for autumn 2018, will deliver the first OMS satellite to orbit, and is expected to deliver detailed weather information which complements data available from the large institutional satellites currently in use.

NanoRacks will deploy the payload, consisting of a 10 by 10 by 15cm sized instrument in a 3U CubeSat, into Low Earth Orbit (LEO) via its CubeSat deployer on the International Space Station (ISS). Innovate UK has invested 1.5 million euros ($1.7 million) in the IOD program, which offers a CubeSat platform from Clyde Space and associated launch for four missions.

OMS projects its Global Environmental Monitoring Satellite (GEMS) program will scale to some 35 units on orbit, providing temperature, humidity and precipitation at different levels throughout the atmosphere, with a 15-minute refresh rate for any point on the globe.

The vastly improved refresh rate will also allow for more accurate forecasting and tracking of major weather events such as hurricanes, and better weather mitigation planning for farmers around the world.

“Our role is to grow the market for space-based services and make sure the U.K. is at the forefront of it. The IOD program is a prime example of the sort of opportunity available here and nowhere else; an innovator with a bright idea could see their concept realized and working, in space, within 16 months. This has helped attract OMS to Harwell and we look forward to welcoming them and other international investors into a diverse and thriving U.K. space community,” said Stuart Martin, Chief Executive Officer (CEO) of Satellite Applications Catapult.