Thick layers of smoke and ash still hover over the Los Angeles metropolitan area Monday as fire crews continue to defend against the wildfires that have raged on the West coast for more than a week. According to the Los Angeles Times, the blaze had scorched more than 230,000 acres by Sunday evening. Authorities are urging residents in Santa Barbara county to evacuate as the fire rushes toward new areas of dry vegetation, hurried along by a combination of low humidity and the gusting Santa Ana winds. Much like during the wine country fires in October, satellite images have proved useful in monitoring the extent of the fire’s reach.

Today’s pass over SoCal unfortunately doesn’t look any better. The fires east of Camp Pendleton and in Baja are visible as well. #CaliforniaWildfires pic.twitter.com/khM9TK1u0F

2) Air quality in nearby regions has plunged due to the massive amounts of smoke the wildfires are producing, as seen in these Sentinel 2 photos captured by the European Space Agency (ESA).

#Sentinel2 views of the #CaliforniaWildfire, huge amounts of smoke being produced. Fires are the immediate problem, but the effects of air pollution can be long-lasting. pic.twitter.com/RADgqjgYuZ

4) The Moderate Resolution Imaging Spectroradiometer (MODIS) on NASA’s Terra satellite acquired this natural-color image in the afternoon on Dec. 5, 2017. 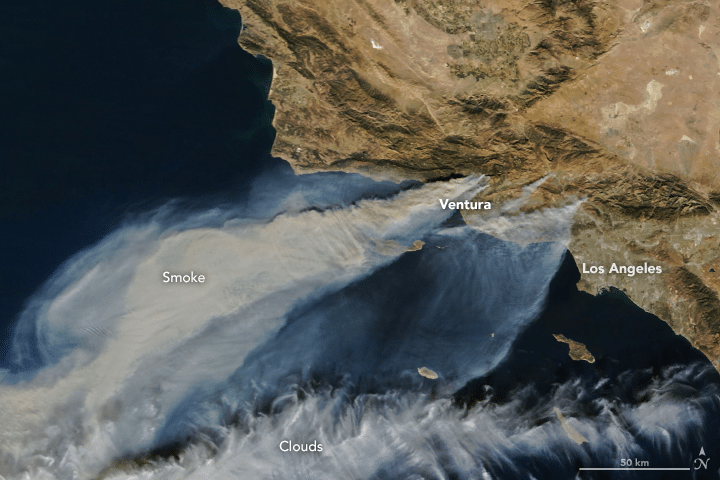 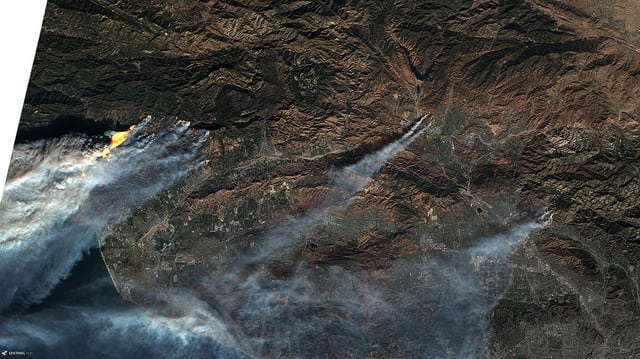 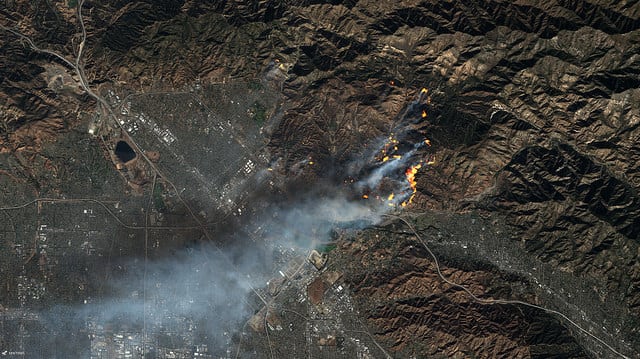 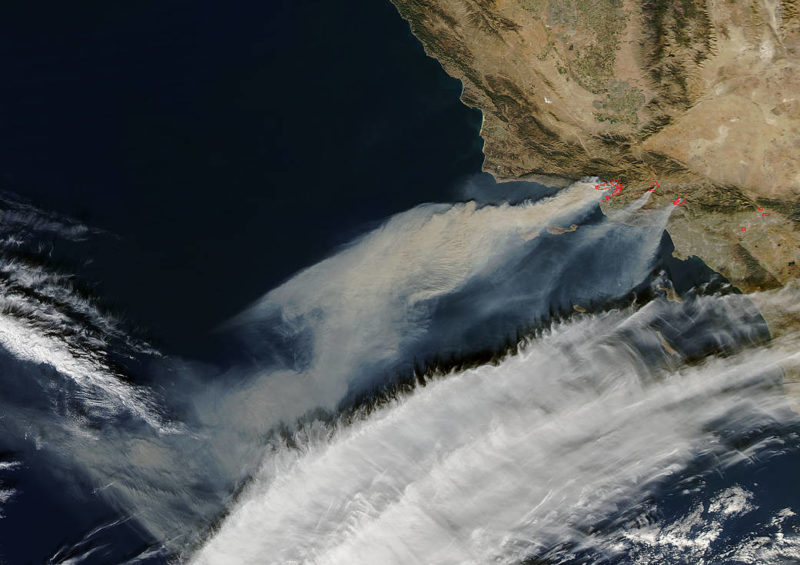 7) These images, taken by DigitalGlobe’s Worldview 3 satellite, show fires burning in the mountains east of San Fernando, both in natural color, with smoke visible, and Shortwave Infrared (SWIR), which is smoke-free.