Kratos VP on the New Era of Ground Segment Technology

The influx of High Throughput Satellites (HTS) is forcing ground segment companies to rethink how they architect their traditional systems. While these new high-powered assets on-orbit unlock a range of new capabilities, along with them comes an unfamiliar set of costs and challenges related to the infrastructure that supports them from the ground. In an interview with Via Satellite, Kratos Vice President of Advanced Technology Stuart Daughtridge detailed how infrastructure providers are adapting to support this new wave of HTS services.

According to Daughtridge, the reason HTS in particular is so disruptive is because the technology completely flips the traditional cost structure associated with ground systems. “A few years ago, the bandwidth on a satellite link was 80 percent of the entire life cycle cost of a communications system. As a result, everything associated with satellite operations was built around bandwidth efficiency,” Daughtridge said. “But now, with bandwidth costs dropping, that’s changing.”

As Northern Sky Research (NSR) analyst Blaine Curcio put it, “[HTS] continue to pour unfathomable amounts of capacity into regions that oftentimes do not have sufficient demand to soak up this supply.” This has led to a clear trend in downward pricing pressure, which — with more HTS launches waiting in the wings — is expected to continue long into the foreseeable future. As a result, in the ground segment, other cost factors such as operations costs and capital expenditure have come to the forefront as the focus on bandwidth efficiency has receded. 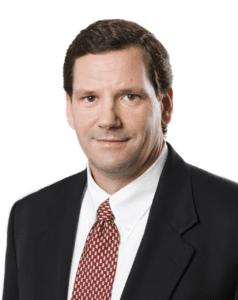 HTS by definition have a much larger ground system footprint, Daughtridge said. While the technology is able to repurpose a gigabyte of frequency up to 50 times using spot beams, for example, an equivalent number of gateways on the ground are required to receive that capacity. “If you believe all the projections that they’re going to launch another 130 HTS over the next 10 years, and most of these satellites will have somewhere between 20 and 100 times frequency reuse, it’s easy to do the math and say there’s a whole lot of gateways and infrastructure that needs to be built,” Daughtridge said. “So, finding ways to reduce the costs of those gateways and help those gateways operate more efficiently is going to be a really big deal to the industry.”

The focus is no longer on individual ground stations, Daughtridge said: “It’s about your network and optimizing the locations of your different assets, because an optimal location to put an antenna RF system is very different from the optimal location for your gateway signal processing and IP connection.”

One of the technologies Daughtridge highlighted as evidence of the ground segment’s evolution is digital Intermediate Frequency (IF). A traditional ground station will take the signal off of an antenna, amplify it, then run it through an analog Inter-Switch Link (ISL) network to the correct modem. According to Daughtridge, the problem with this protocol is that it requires large analog matrix switches and long analog cable or waveguide runs. With modern technology over fiber, Daughtridge said, you can still run a fair distance — tens of kilometers — without much issue. But the longer the run is, the more loss there is in the signal.

With digital IF, on the other hand, after the signal is amplified, it’s captured into IP packets that can be sent over a Wide or Local Area Network (WAN/LAN) to a company’s processing equipment. “That move to digital technology allows you to re-architect how you think about ground systems because traditionally the processing equipment has to be relatively close to the antenna. But once you go to digital IF, that’s not true anymore,” Daughtridge said. “Now you can look at different architectures about how you do antenna placement, where you put your processing, and how you optimize those locations.”

For example, companies can ensure their gateway signal processing is as close as possible to end users so it’s easier to push traffic across their satellites. Or they can decouple antennas and processing facilities entirely, consolidating all relevant modems under one roof and feeding data to the geographically dispersed antennas via a LAN network.

The freedom to reinvent traditional architectures will be particularly useful for verticals such as maritime and aviation, Daughtridge said. In both, satellite operators are attempting to service more customers with smaller beams. They’re developing satellites that can change their beam patterns on the fly, or manipulate how much power is pushed through a beam to accommodate a fluctuating number of vessels.

“Designing the ground [segment] to take advantage of these added features while also looking ahead to see how the market is going to change as the costs lower [are] some of the challenges we’re looking at,” Daughtridge said. “The scheduling and provisioning of those services is so much more complex than it used to be.”