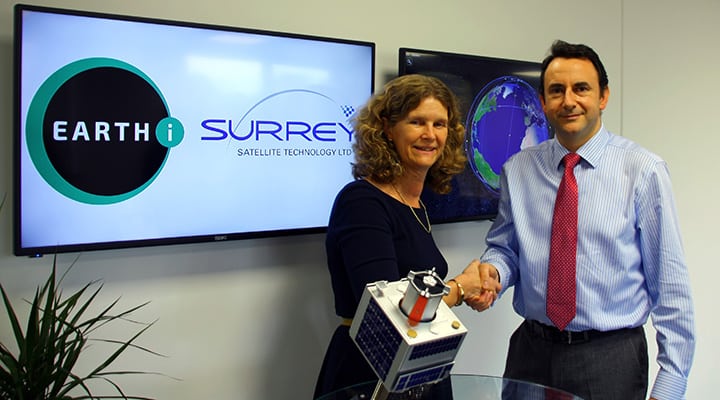 According to Earth-i, the constellation’s capabilities include the provision of high-frame rate images with resolutions better than 1 meter for any location on Earth; the ability to film moving objects such as vehicles, vessels and aircraft in Ultra High-Definition (Ultra-HD) color video; rapid tasking of satellites to take images or video; and fast data download within minutes of acquisition.

Footage recorded by Earth-i’s fleet of satellites will be available for analysis within minutes of being taken, the company stated, and will improve decision-making and response times in a variety of scenarios from change detection and object identification to disaster response and infrastructure monitoring.

The creation of Earth-i’s constellation starts with the imminent launch of its preproduction prototype satellite, which was also designed and manufactured in partnership with SSTL. This prototype will demonstrate and prove technology and processes for the future constellation including tasking, data downlinks to ground stations, image quality and video from space. Earth-i plans to launch the first five SSTL satellites in 2019.

The origin of Earth-i’s constellation lies in the Carbonite 1 technology demonstrator satellite launched by SSTL in July 2015. The batch of production satellites ordered by Earth-i will be based on the second prototype satellite about to be launched into orbit, but will incorporate significant additional enhancements already in development by SSTL for Earth-i.