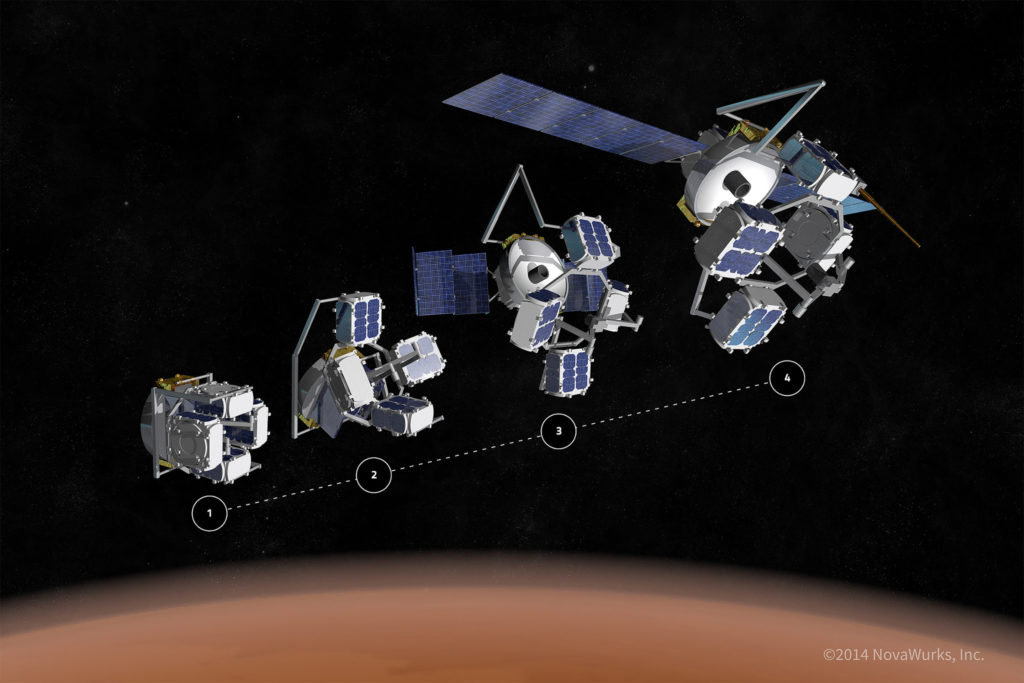 A NovaWurks Conformal Spacecraft based on the modular HISat platform. Photo: NovaWurks

NanoRacks successfully deployed NovaWurks’ Satlet Initial-Mission Proofs and Lessons (SIMPL) satellite via the Kaber Microsatellite Deployer from the International Space Station (ISS) on Oct. 27. This is the second Kaber-class deployment that NanoRacks completed this week.

For this program, NovaWurks pioneered the Hyper-Integrated Satlet (HISat) technology, a concept to assemble larger satellites from small independent “cells” called satlets. Specifically, SIMPL was delivered to the ISS via NanoRacks in a few larger groups, and then assembled this week by the astronaut crew using some smaller components.

According to NovaWurks, these satlets can also be combined to form larger satellites or satellite constellations that share power, data, and other resources to perform different tasks. Each has approximate dimensions of 20 cm by 20 cm by 10 cm, and have lockable connectors that allow them to be mechanically connected. Each HISat can accommodate external payloads using an interface adaptor, NovaWorks stated.