Mu Space Reveals Satellite That Will Fly on New Glenn 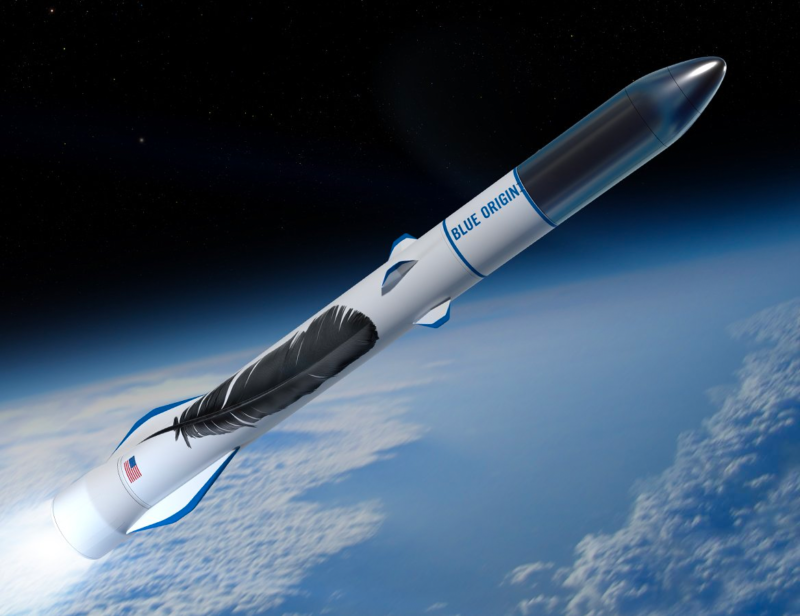 The two companies first announced the launch contract on Sept. 26 at the 68th International Astronautical Congress (IAC) in Adelaide, Australia. The deal confirms mu Space as the third customer for Blue Origin’s New Glenn rocket, which has also been selected to loft five sets of Low Earth Orbit (LEO) nanosatellites for operator OneWeb as well as a communications satellite for Eutelsat. Unsurprisingly, Yenbamroong said the biggest draw for mu Space to partner with Blue Origin is the low cost afforded by its explicit focus on reusable rockets, not unlike SpaceX.

Although one of mu Space’s ultimate goals is to develop a commercial space tourism business, the company intends to drive initial revenue with communications services in the region.

“In Thailand, the local government has recently approved the rollout of a 14 billion baht ($422 million) nationwide project to connect 3,920 remote villages to broadband and mobile,” said Yenbamroong. “To fully implement this project, the government would need a telco who can provide a satellite network for rural areas. We want to be that satellite service provider.”

Thailand has set a minimum standard speed of at least 30 Mbps, and hopes to leave no village unconnected by the end of 2018. According to Bangkok Post, the government has introduced additional policies to spur the development of the country’s digital economy, including a five-year plan to improve hard infrastructure and the promotion and support of tech startups. Trade association GSMA estimates that an effective government broadband policy in Thailand could increase the country’s Gross Domestic Product (GDP) by $23 billion by 2020.

In the long term, mu Space plans to expand its satellite services across Asia-Pacific and Africa, Yenbamroong said. That revenue stream will help support the company as it accelerates development of its technology related to space tourism.

“With space tourism, we’re not only sending humans to space but also we want to make sure it’s sustainable and safe for tourists. To do that, we have to do lots of research to make the environment inside the space vessel somehow similar to what we have on Earth,” Yenbamroong said.

Yenbamroong did not disclose exactly how much the company plans to charge for the service, but he did admit that space tourism is “expensive.”

“Currently, only those who have the money and the passion to explore space can afford it. But we plan to offer the service to more people as reusable rockets, like what Blue Origin is doing, will lower the cost of flying to space in the future,” he said.

Mu Space is far from the only Thai startup with ambitious business plans. As the country’s economy continues to scale up, taking advantage of untapped tech and tourist-focused markets, the local government and regional venture capitalists have expressed strong support of new companies. According to Tech in Asia, just last year the Thai Venture Capital Association started a $570 million venture fund, and this year, CVC Capital Partners plans to set up another $250 million startup investment fund. Additionally, the median value of funding deals has swelled from $60,000 in 2012 to more than $1 million in 2016.

“The Thai government has been working hard to transform the country into a startup hub for Southeast Asia. It currently has implemented a number of policies to facilitate its plan, such as easing business registration, providing initial funds, and building research centers for startup companies,” said Yenbamroong. “Thailand’s startup scene is young but growing rapidly. The country has 5,000 startups now and the number is estimated to double by the end of 2017. That will not be possible without the support of the local government.”