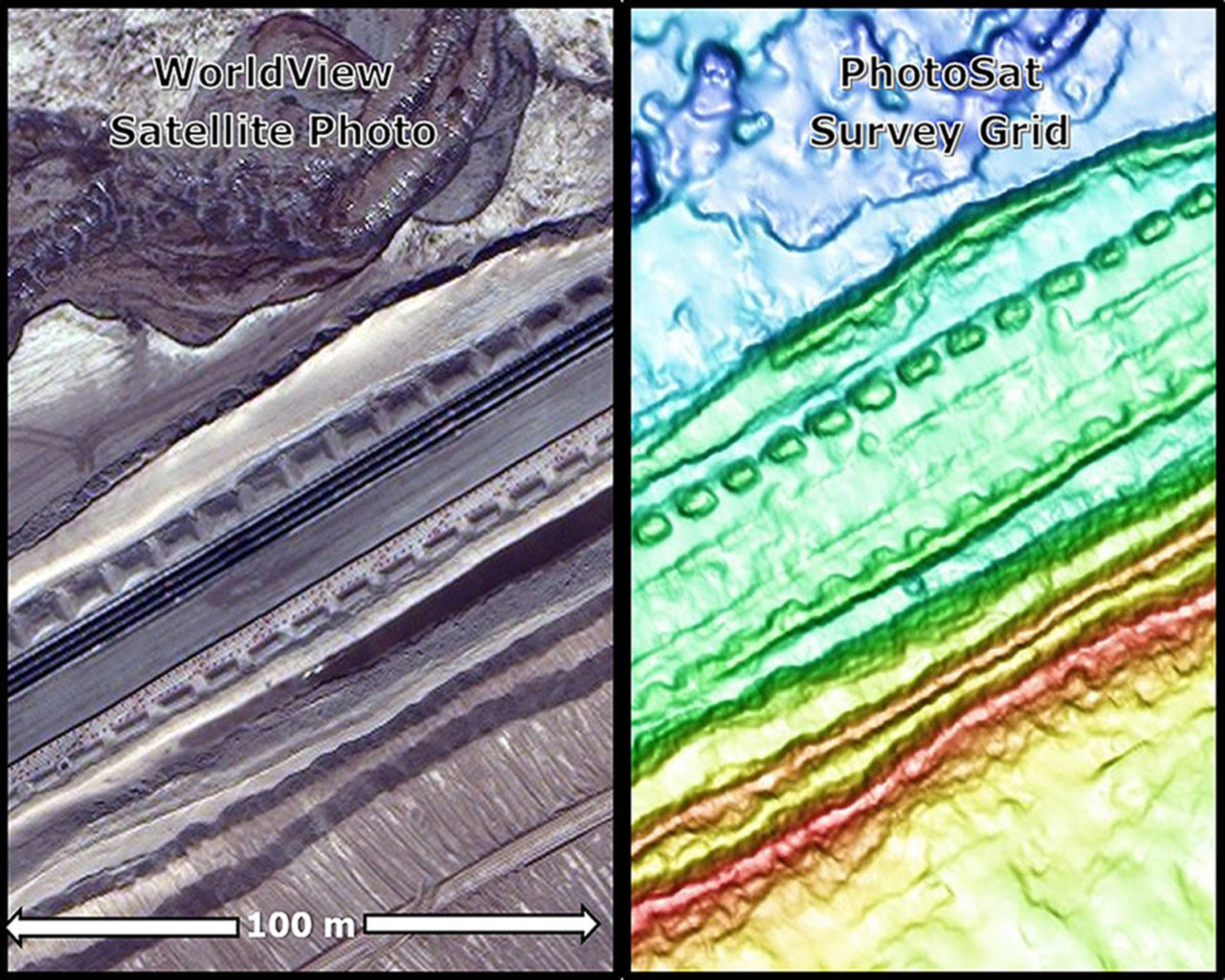 PhotoSat announced that an ongoing research program has produced a breakthrough in their satellite image processing, considerably enhancing the visibility of fine topographic details.

PhotoSat produces satellite surveys of mine sites and engineering projects around the world. The company’s geophysicists apply signal enhancement, noise attenuation, and image matching from seismic data processing to automatically produce elevation grids from stereo satellite photos. While most of these surveys are accurate to better than 20cm in elevation, with the recent breakthrough in image processing, the horizontal resolution of small 3D ground features has been greatly improved. These small features, such as mine site haul road berms, are now clearly resolved on PhotoSat survey grids, according to the company.

The use of satellite surveying can shorten project timelines, eliminate survey delays and provide more accurate surveys — particularly for areas which are dangerous to access on foot or by vehicle. Stereo satellite photos taken in one minute can survey hundreds of square kilometers, providing an instant snapshot of an entire mine site.

“The improved resolution of the PhotoSat survey grids will enable earthworks design engineers to use satellite surveying for more detailed designs and construction planning,” said Gerry Mitchell, PhotoSat president and founder. “Construction and operations engineers will be able to use the PhotoSat surveys to monitor the construction of smaller structures and produce more precise as-built drawings and volume measurements.”