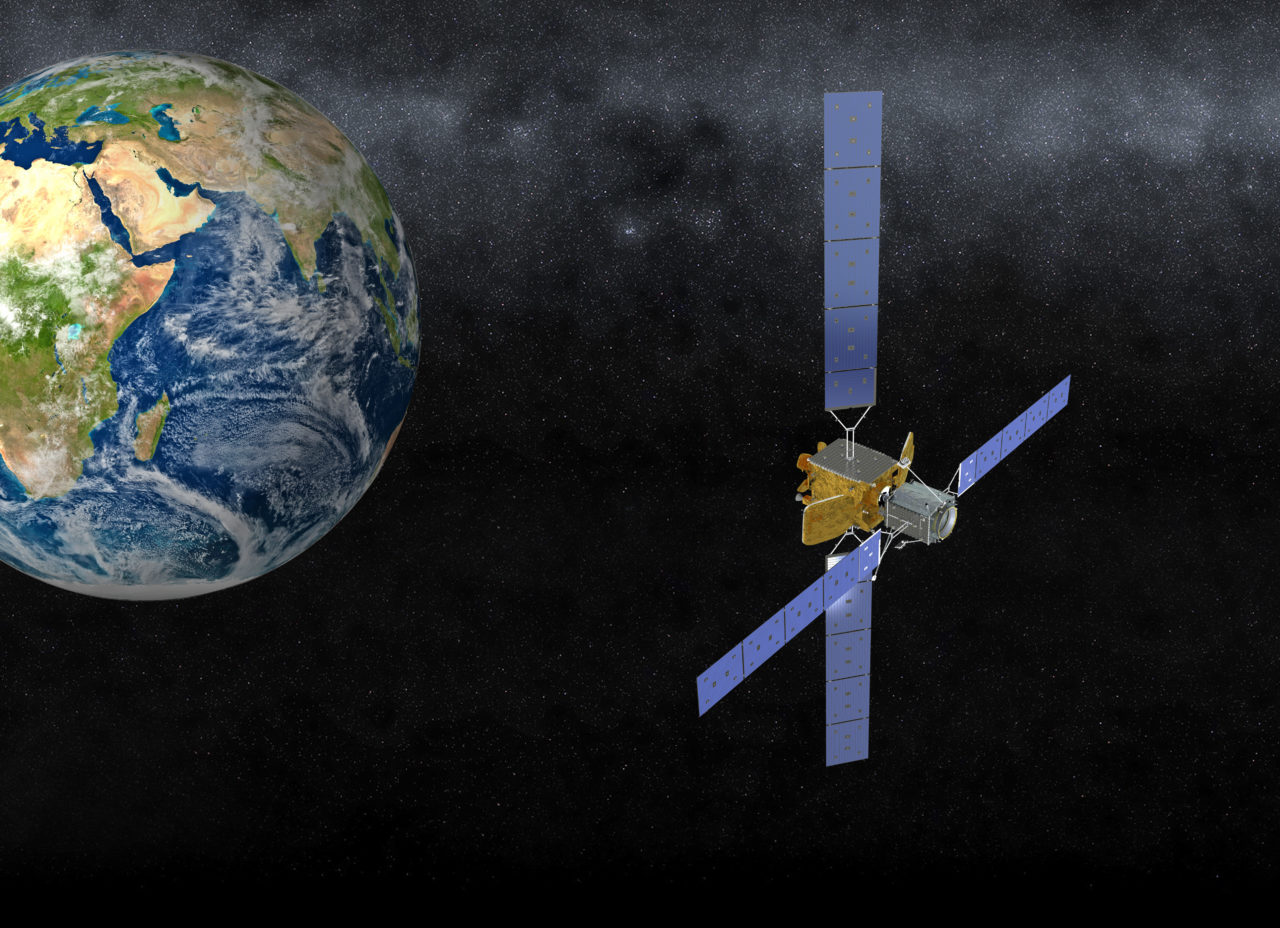 Rendition of MEV in orbit with a client’s satellite. Photo: Orbital ATK.

Orbital ATK announced that its Mission Extension Vehicle-1 (MEV 1) spacecraft successfully completed its critical design review earlier this year and is now in production, with about 75 percent of the platform and payload components already delivered to the company’s satellite manufacturing facility in Virginia. The spacecraft will begin system-level testing in spring 2018 with launch planned late next year. MEV 1 will provide satellite life extension services to its anchor customer, Intelsat, beginning in early 2019.

Orbital ATK will introduce on-orbit commercial satellite servicing with MEV 1, which is based on the company’s GEOStar spacecraft platform. Controlled by the company’s satellite operations team, the MEV 1 uses a docking system that attaches to existing features on a customer’s satellite. The MEV 1 then provides life-extending services by taking over the orbit maintenance and attitude control functions of the client’s spacecraft. The vehicle has a 15‑year design life with the ability to perform numerous dockings and repositionings during its life span.

Work on the spacecraft spans multiple locations across the company. Orbital ATK’s spacecraft components division is manufacturing the structures, propellant tanks and solar arrays for MEV 1 at locations in San Diego and Goleta, California. Additionally, the Rendezvous, Proximity Operations and Docking (RPOD) laboratory located at the company’s headquarters in Dulles, Virginia, is testing the sensors, actuators and control algorithms that allow for the tracking, approach and docking with a client spacecraft.

Orbital ATK’s longer-range plan is to establish a fleet of on-orbit servicing vehicles that can address diverse space logistics needs including repair, assembly, refueling and in-space transportation. In addition to its commercial life extension services, the company is working closely with U.S. government agencies to develop key technologies to support these services, such as advanced robotics and high-power solar-electric propulsion.

MEV-1 will launch as a co-passenger with the Eutelsat 5WB satellite, also built by Orbital ATK.