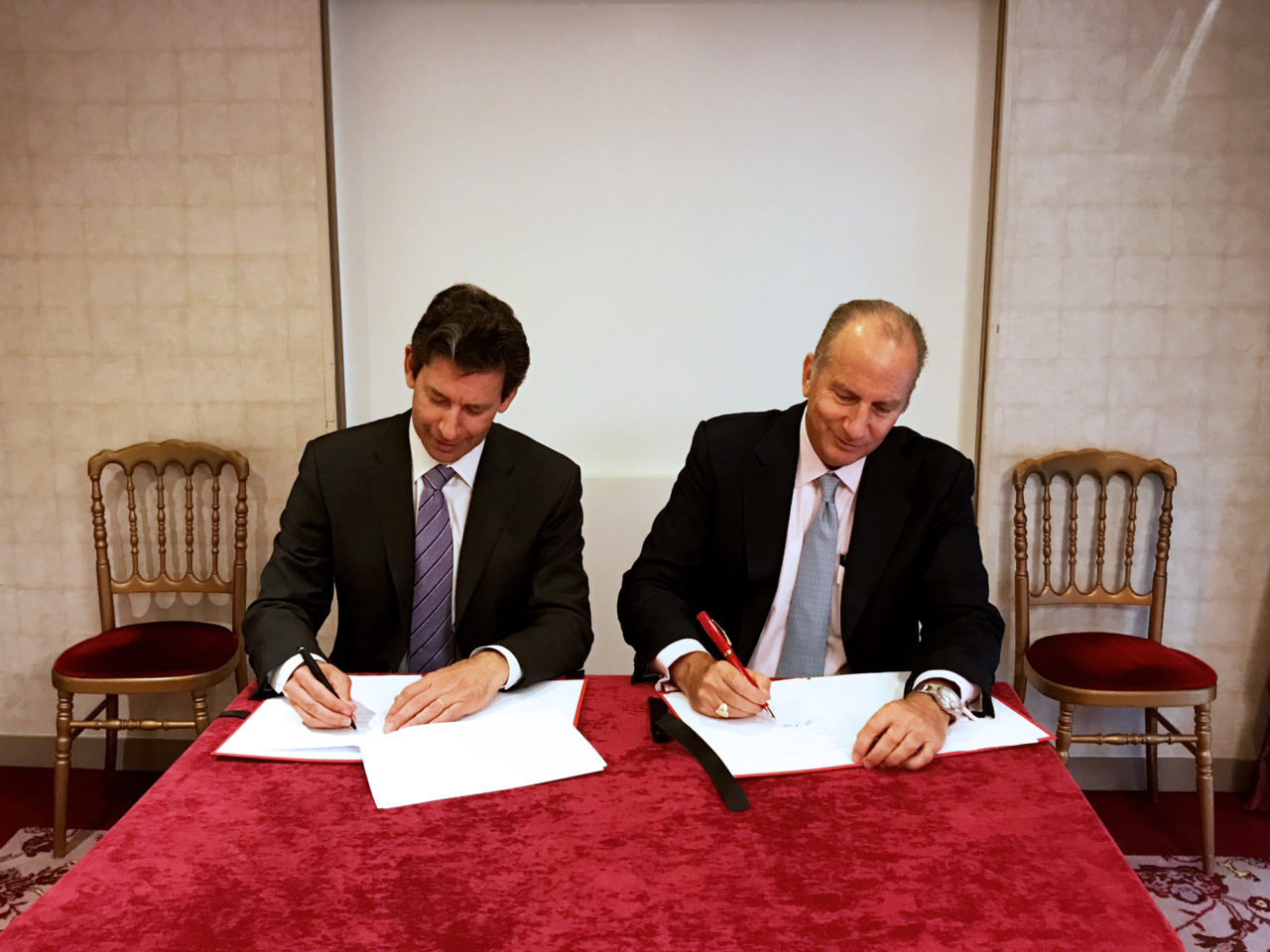 Virgin Orbit announced that Cloud Constellation has selected its LauncherOne service to deploy the SpaceBelt constellation of space-based cloud storage data centers. In an agreement signed by the Chief Executive Officers (CEOs) of the two companies at the World Satellite Business Week event in Paris, Cloud Constellation selected Virgin Orbit as its launch partner for a dozen satellites that will become the communications backbone of the SpaceBelt system.

SpaceBelt is a space-based secure and global data storage network. Users of the system will be able to transport and/or store large blocks of data without exposure to any terrestrial communications infrastructure, protecting their data from unauthorized access while supporting global communications at reduced latency of today’s multi-hop networks.

The initial deployment of the SpaceBelt network will be powered by a dozen 400kg satellites placed into low inclination orbits. Taking advantage of LauncherOne as a dedicated launch service for small satellites, the SpaceBelt constellation will be deployed using single-manifested launches occurring in rapid sequence. The initial launch is expected to occur as early as 2019.

Virgin Orbit is currently in the process of qualification and test flight for the LauncherOne service, which includes both a two-stage expendable rocket and a fully reusable air-launch platform. The company recently completed assembly of a complete pathfinder rocket at its factory in Long Beach, California; and the system’s 747-400 flying launch pad has begun its flight test campaign. The system is designed to provide highly responsive, reliable, and affordable flights to Low Earth Orbit (LEO) to small satellites. The initial flight of the LauncherOne system is targeted for the first half of 2018.