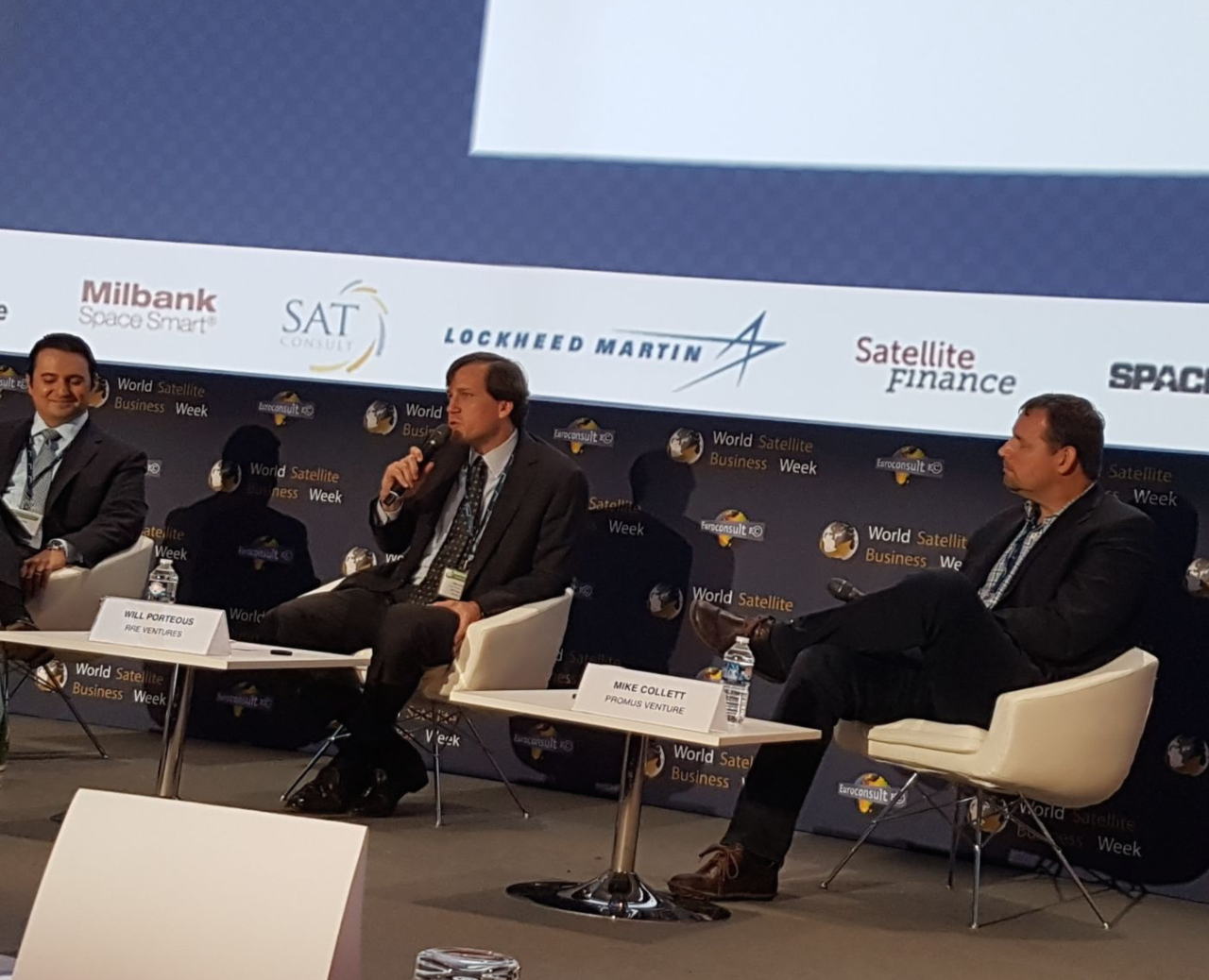 Day Two of Euroconsult’s 21st Summit for Satellite Financing kicked off with a panel called “Venture Capital: Fueling Both Satellite Systems and Applications,” where two investors gave insights into how the Venture Capital (VC) community sees satellite. Mike Collett, founder and managing partner of Promus Ventures, began by saying one of the reasons why Promus likes to invest in space-based start-ups is because a lot of others don’t.

Collett believes people still remember “being pummeled with Iridium.” However, that seems to be changing and venture capitalists are now seeing more opportunities to invest. Promus has been an investor in companies such as Rocket Lab and Spire, two of the poster children of the NewSpace era. “When we looked at Rocket Lab, there is clearly a frustration amongst smallsat producers to get your satellites up. We go where the opportunity is. We have over 60 investments in companies. We are looking out 10 to 15 years for our investments. Everybody wants to see the next turn of the card,” he said.

Collett said he is consistently amazed at how the companies involved with these space-based start-ups have such a great handle on the technology. However, there are other risks involved, and he highlights supply chain risk as one of the other factors that can determine the success of a company.

Companies such as Promus aim to have patience with their investments here. “There is a lot of reaching down deep, and we are building this for the long-term so they can be a self-sustaining company for the long-term. When we start, we don’t list possible acquirers as part of the memo. It is always making sure we are able to fund the company as far along as it takes to make them sustainable,” he said.

Collett was joined on the panel by Will Porteous, general partner and Chief Operating Officer (COO) of RRE Ventures, who said a company like RRE is looking for big insertion points in new industries. He said that three to four years ago, RRE started to see a lot of innovation in satellite. “These deals started to come through our door. We started to see this wave of new technologies. We took note of it,” he said.

Porteous believes the mainstream investment community is starting to take space very seriously. “The venture community is taking note of satellite in a way they haven’t historically,” he said.

Porteous believes that that smallsat platforms will create new market leaders, and noted that because now is an exciting time in the satellite industry, the “capital is flowing.” He added, “There are a lot of new companies being brought forward. Our model is premised that when you get these waves of innovation — insertion points — a lot of companies will be formed, but not all are going to make it. You have waves of company formations, and the industry will move forward. The satellite industry has a long and healthy relationship with private equity. This is about building new value and capabilities. This is a long process. We look at seven to nine years of investment,” he said.

While Porteous said the satellite market is “awash with innovation,” he believes it lacks great leadership as well as financing issues that could impact new companies. “There is still significant market risk. Are customers ready to buy from innovative new players compared to company’s they have done business with for a long time?”

He believes the new crop of satellite companies are having a great 2017 and are showing great margins. In terms of whether they go public, or are acquired for impressive numbers, Porteous believes the most important issue is that they are turning into good businesses, and the rest will follow.