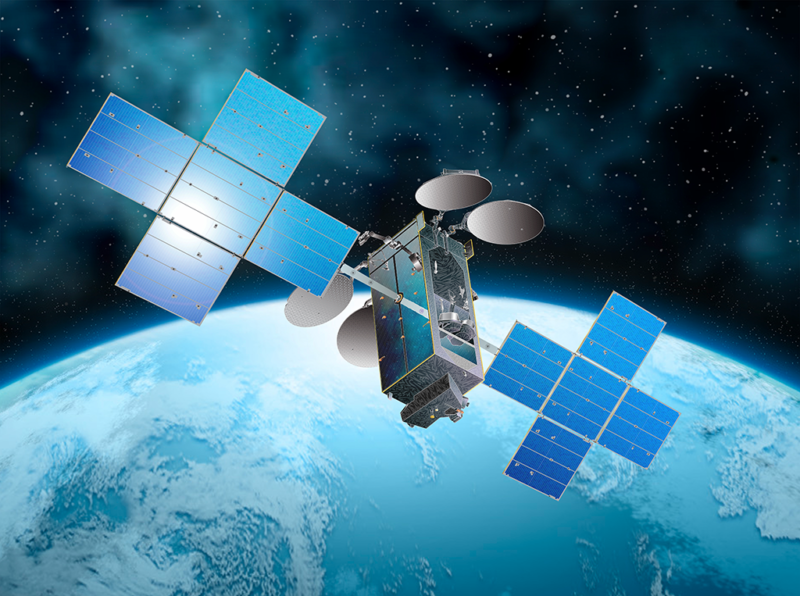 Rendition of EchoStar 24 satellite, which SSL is building for EchoStar/Hughes. Photo: SSL.

SSL recently signed a contract with Hughes to manufacture its Jupiter 3 Ultra High Density Satellite (UHDS), to be designated EchoStar 24. The new satellite is targeted at key markets across the Americas and will more than double the Hughes Ka-band capacity in the region, Hughes stated. According to SSL, the satellite will feature an entirely new architecture based on technology advances that include the miniaturization of electronics, solid state amplifiers, and more efficient antenna designs.