SkyWatch to Improve Access to EO Data with EarthCache

A selection of the datasets available within EarthCache. Photo: SkyWatch.

Although the global repository of Earth Observation (EO) imagery continues to grow, the means by which developers can turn that data into value are arguably less abundant. To address this demand, young software company SkyWatch has established a new cloud-based system called EarthCache that opens the door for developers to create new applications and products based on remote sensing data.

In an interview with Via Satellite, SkyWatch’s Chief Operating Officer (COO) Dexter Jagula explained that EarthCache targets developers looking for an easier way to access EO data, particularly those who have never leveraged remote sensing data in their respective markets. “That’s where we believe the true innovation and increase in usage will be realized,” Jagula said.

Jagula said he has observed demand ramping up for new applications for agriculture and infrastructure projects in particular. “From the agriculture standpoint, we’re talking about users that are looking to develop vegetation health indexes,” he said. “A prime use case would be allowing farmers to assess the health of their fields.”

On the infrastructure side, developers are seeking new ways to monitor the operational efficiency of projects such as new roads and railways, as well as improve emergency response analysis in rural areas, he added. 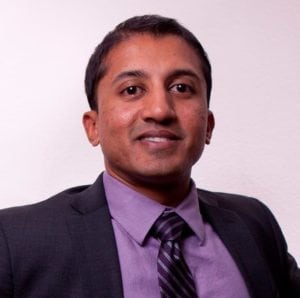 As SkyWatch states on its website, the current process for purchasing satellite data can be somewhat lengthy and time-consuming, as commercial satellite operators typically don’t distribute their own data and instead operate through regional and territorial resellers. This paradigm does allow satellite operators to more easily serve localized end-users such as city governments — but according to a 2014 Euroconsult report on data distribution, some end-user sectors, such as defense, prefer to bypass resellers entirely in lieu of shorter delivery times, additional autonomy in satellite tasking, and continuous data supply.

“As you can imagine it’s not a very scalable method. This is just the way the industry has offered the data for the last few decades,” Jagula added.

But there are exceptions. As Jagula pointed out, the industry has started to question the reseller model with the rise of EO juggernauts such as Planet and DigitalGlobe, which have developed their own digital infrastructure through which any of their customers can access their massive data archives. According to Jagula, SkyWatch has followed suit on this trend to recreate this type of infrastructure for the entire industry, but at a lower cost than traditional resellers.

EarthCache comprises both public and commercial data, coalescing datasets from partners such as NASA, the European Space Agency (ESA) and the Japan Aerospace Exploration Agency (JAXA). The company is currently in talks with some of the prominent satellite operators to integrate their datasets too, Jagula said, as well as younger NewSpace startups looking to field new constellations.

The biggest draw for commercial companies to link their catalogs with EarthCache is additional visibility for their data. Additionally, SkyWatch offers a means for end users to task satellites on an anonymized basis. “We believe customers of this type of data don’t really care which satellites are being used,” he said. “We make this opportunity completely available and transparent to [satellite operators] so it’s on them to try and fulfill that if they have the capability or capacity on the satellite to do so.”

According to Jagula, SkyWatch plans to work closely with companies across the value chain to potentially funnel customers through the same conduit. Leaf Space, which is developing a ground station network to download more than seven terabytes of satellite data per day, is just one example of the kind of companies SkyWatch has formed a relationship with, Jagula said. Satellite operators who want their data downloaded to Leaf Space’s ground stations could then disseminate that data through SkyWatch’s platform, he explained. “And then tasking opportunities that are sent by users downstream can be sent directly … to Leaf Space’s customers as well,” he said. “You can see how a ground segment company like Leaf Space and SkyWatch go hand-in-hand.”

While companies such as DigitalGlobe and Planet will continue to distribute their data through their own proprietary platforms, Jagula doesn’t necessarily see it as a threat to the SkyWatch business. One reason is because they can still integrate their data in EarthCache if they choose, but also because he sees new companies building their own distribution platforms as “a waste of resources” if they don’t have one already. “In cases where companies are still launching, they can use us as a digital infrastructure exclusively … and save their capital for more important tasks and focus on their core competencies,” he said.