Swiss Startup Else Has Completed a $3 Million Seed Round 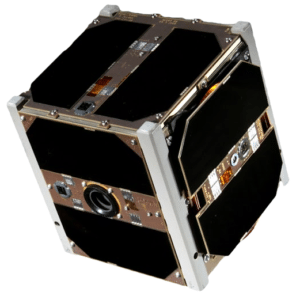 An Astrocast nanosatellite. Photo: Else.

Else announced it has completed a $3 million seed round supported by Airbus Ventures, as well as numerous additional Swiss and internationally-based private investors. The seed round follows $3 million previously raised by the company in public support.

Else is currently developing a network of Low Earth Orbit (LEO) nanosatellites named Astrocast that will provide Internet of Things (IoT) and Machine-to-Machine (M2M) services to global enterprises. The seed round will support Else’s complete business operations through the company’s planned demonstration mission expected in mid-2018, which will launch the first two nanosatellites into LEO.

Else designed Astrocast to provide unlimited coverage across the planet, with no geographical limitations. The constellation will comprise a total of 64 nanosatellites projected to be in orbit by 2021. The satellites will collect data, which will be delivered to ground stations, then distributed for access by customers through a secure internet gateway. Else expects Astrocast to drive efficiencies and operational cost advantages across sectors that include retail, agriculture, automotive, transportation and logistics, utilities, maritime, oil and gas, among many others.