Quintech Exec on Where Software-Defined Radios Fit in Satellite 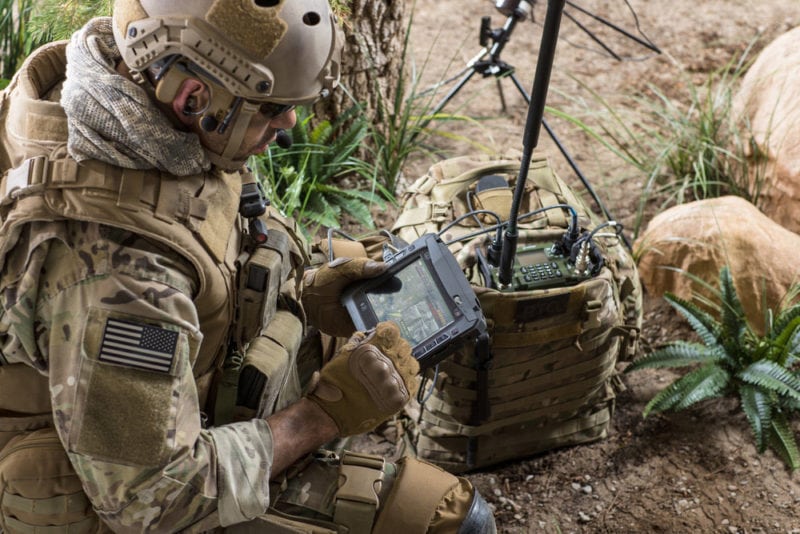 Quintech Electronics & Communications recently announced that a government contractor will use its Nexus-4 16 port mesh test matrix switch to expedite development of its Software-Defined Radio (SDR) systems. In an interview with Via Satellite, David Chan, Quintech’s vice president of sales and marketing, explained why SDR is critical to the satellite systems of today and the future, and how Quintech plans to position itself as the technology grows in use and capability.

The future seems bright for SDR as defense forces continue to invest in more advanced communications solutions and more satellite operators turn to digital rather than analog payloads. Research and Markets predicts that the SDR market, now estimated to be around $16 billion, will swell at an annual growth rate of 12 percent, reaching a value of more than $29 billion by 2021.

At its core, Chan said, SDR enables network operators to digitize their Radio Frequency (RF) signals, which allows them to adapt their assets to communicate across various modulation schemes — whether it’s satcom, wireless protocols like LTE, or handset radio protocols over Ultra High Frequency (UHF). “All these have different types of bit sequences and commands they communicate over,” Chan said.

A fixed antenna that can only leverage one protocol is limited by its own hardware, and so SDRs offer additional flexibility to accommodate situations where one protocol is insufficient. This has proved particularly useful for military operations and emergency services, which rely on stable communications via manpack radios to keep users constantly connected.

“If you stick with a fixed modulation, given the terrain that you’re in and the configuration that you’re under, your signals may not be connected. You want to be able to switch to a different modulation,” Chan said, in case there is too much commercial interference, or if the user has line of sight issues and must switch to satellite to transmit from above the terrain. Quintech’s matrix switch makes it easier for its customers — SDR antenna manufacturers, for example — to test these different network scenarios.

“It helps to automate these configurations such that they can create them almost on the fly. That allows [our customers] to test anything you can think of before you put it out in the field,” Chan said. “In addition to having the ability to make those different connections, we have built in at each crosspoint a variable attenuator that can help simulate signal strength and distance.”

Using the attenuator, manufacturers can run tests where one node approaches or moves away from another by increasing or decreasing the signal level in a controlled environment. “In this way you can do handoff tests,” Chan said, “Ideally you want to know when [the handoff] actually occurs … and what happens at that point in time.”

Chan sees big opportunity for Quintech’s SDR-related products. Harris, for example, has developed a software-defined architecture platform for smallsats and hosted payloads that Iridium is using in its Next constellation. Anaren is also currently manufacturing an advanced beamform assembly for Eutelsat’s Quantum satellite, which has a software-based design.

As Boeing Space Systems International President Mark Spiwak highlighted recently, digital payloads extend the lifespan of satellites because their capabilities can be improved as new technology emerges. All it takes, Chan added, is a simple firmware upgrade.

“You’re future-proofing yourself in that you can change the modulation with a firmware upgrade,” he explained. “We think the longevity of these satellites will go a little further based on the fact that you’re no longer stuck with a single modulation scheme.”

Chan also pointed out that rigorous testing is needed to ensure those forward-looking upgrades are backwards compatible as well. “You have to be able to do not just firmware testing of the existing configurations, you also have to do regression testing to show it can work on older configurations at the same time,” he said. “Our products helps our customers do as much testing as possible so that when the firmware upgrade goes up there, one, it doesn’t break the system … and two, it performs as you thought it was going to.”