Sky and Space Global Kicks Off Services with First 3 Nanosatellites 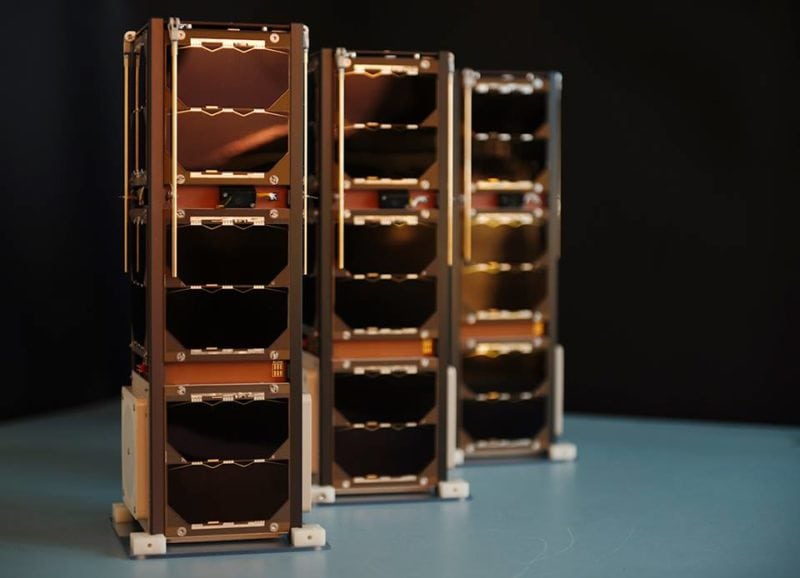 Sky and Space Global has successfully tested Radio Frequency (RF) communications between its three demonstrator nanosatellites in Low Earth Orbit (LEO), thus becoming one of the first prospective NewSpace operators to turn its business into a reality. According to Chief Executive Officer (CEO) Meir Moalem, the company will also use this first set of nanosatellites, dubbed the “Three Diamonds,” to provide its first few customers with preliminary services as it prepares to launch the rest of its narrowband fleet.

As Via Satellite previously reported, Sky and Space Global is working to orbit a fleet of 200 nanosatellites to provide basic communications services, such as phone calls and data forwarding, in developing regions. Although it only required two assets on-orbit to demonstrate the company’s technology, including the inter-satellite links at the core of its business model, Moalem said the company decided to send up an additional satellite both as a redundancy and to provide additional capabilities.

Like the rest of the eventual fleet, the Three Diamonds circle the Earth in Sun Synchronous Orbit (SSO), meaning they pass overhead approximately four times a day. This sporadic connectivity is inadequate for a phone call service, but still provides an opportunity for the company to test its Machine-to-Machine (M2M) and Internet of Things (IOT) capabilities, Moalem said. Until the remainder of the fleet is orbited, Moalem said Sky and Space Global will work mainly with customers who need to transfer data a few times per day, turning the first set of demonstrator satellites into actual commercial assets for the company. 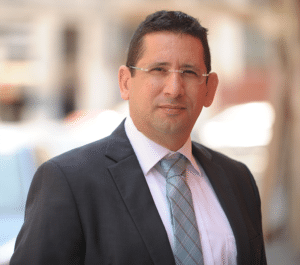 Once testing of the subsystems and payloads is complete in a couple of months, the company will then pursue the remainder of the funds it needs to deploy its full constellation through the Australian Securities Exchange, a total capital expenditure of less than $200 million, according to Moalem.

While Sky and Space Global has not yet signed fully binding contracts with customers for the whole constellation, Moalem said the company is “moving forward very rapidly toward that.” A handful of companies, including SatSpace Africa and Global Sat Group, have already signed letters of intent to leverage capacity on the full constellation.

Given its targeted markets, one of the company’s primary objectives is to keep cost of access as low as possible. Moalem said Sky and Space Global will tailor its price points according to the specific market, services and customers. “You cannot expect the farmer in Congo to pay the same kind of prices as an oil company in the ocean or a gold mine in the heart of Africa. And the kind of services they require are different,” he said.

The company is also experimenting with new, cheaper end user devices in an attempt to subvert the price points of other companies that provide similar communications services, such as Iridium. “The simplest solution is to have a low-cost satellite terminal that can act as a hotspot,” Moalem said. “It would be the size of a large smartphone and the only thing you would have to do is connect it to some kind of power supply, put it facing the sky and you would be able to connect to our satellites. Our long-term goal for the price of this unit is below $100.”

Moalem said the company is also developing a smartphone with an integrated satellite modem and S-band antenna, alongside its partner SocialEco, which already offers a $1 smartphone in some developing countries. “The goal is to develop the next generation, which would be a $20 or $30 smartphone with satellite communications embedded within it. In that way, it will be very easy and affordable to access our services,” Moalem said.

Although Sky and Space Global is one of the first to market, it’s far from the only company that plans to kick off LEO services within the next few years. OneWeb, for example, has already started production for its fleet of 900 nanosatellites, and SpaceX recently received regulatory approval to orbit a 4,000-strong fleet to provide global broadband connectivity. However, Moalem said that he isn’t particularly concerned about competition given the company’s niche market and tighter focus on rudimentary communications services.

“We’re not competing with them because what they’re planning to provide a different service — high speed megabits per second internet — and that’s not what we’re doing,” Moalem said. “Our potential market is not really interested in posting on Facebook … The farmer in Congo is not interested in watching House of Cards on Netflix. He would just like to make a phone call, or to transfer money from one place to another using a text message.”

Moalem is also spurred by the “expectation for exponential growth” he sees in M2M and IOT, two use cases that require very low data rates and, more importantly, low cost.

According to Moalem, Sky and Space Global is on schedule to launch its first batch of satellites by the end of 2020 and to have the full equatorial constellation in place by 2020. To that end, it has already locked in two important contracts: one with GomSpace to manufacture the fleet and one with Virgin Orbit as the sole launch provider.