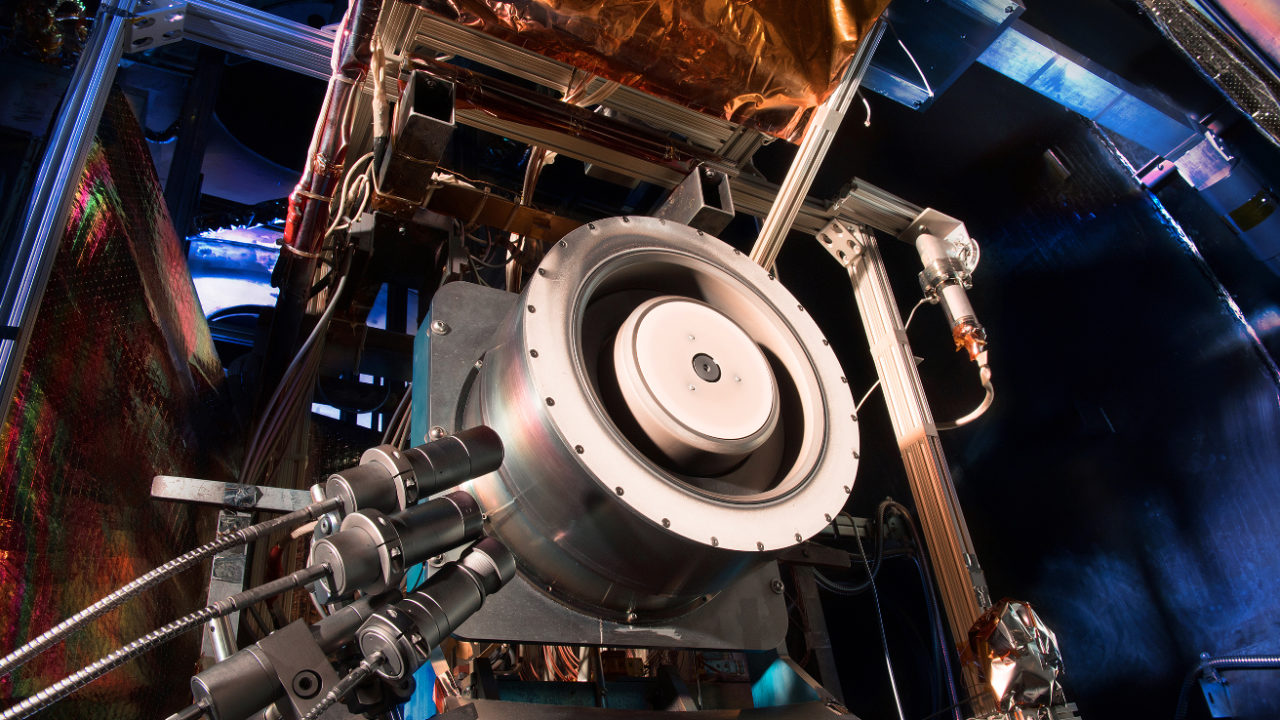 “The PPU successfully demonstrated stable operation of the propulsion system and responded appropriately to all of our planned contingency scenarios,” said Julie Van Kleeck, vice president of advanced space and launch programs and strategy at Aerojet Rocketdyne. “This is a critical step in providing advanced Solar Electric Propulsion (SEP), which is necessary for affordable cargo and logistics transportation in support of human missions to Mars.”

The company performed the tests in conjunction with NASA’s Technology Development Unit thruster and a xenon flow control unit. The tests are being conducted as part of a $65 million contract that NASA awarded Aerojet Rocketdyne in April 2016. Under the contract, Aerojet Rocketdyne will develop, qualify and deliver five 12.5-kilowatt Hall thruster subsystems, including thrusters, PPUs and xenon flow controllers. According to Aerojet Rocketdyne, the AEPS Hall thrusters deliver twice the thrust when compared to the company’s XR-5 Hall thrusters, which are presently used to deliver government and commercial satellites to their Geosynchronous Earth Orbit (GEO). According to NASA, work performed under the contract could increase spacecraft transportation fuel efficiency by 10 times over current chemical propulsion technology.

Aerojet Rocketdyne is maturing the thruster system under development at Glenn Research Center with support from NASA’s Jet Propulsion Laboratory in Pasadena, California, to a flight system capable of 23,000 hours of life. This flight propulsion system will form the core of SEP vehicles that NASA can use for efficient transportation of habitats and cargo needed for human exploration of deep space destinations beyond Low-Earth Orbit (LEO).