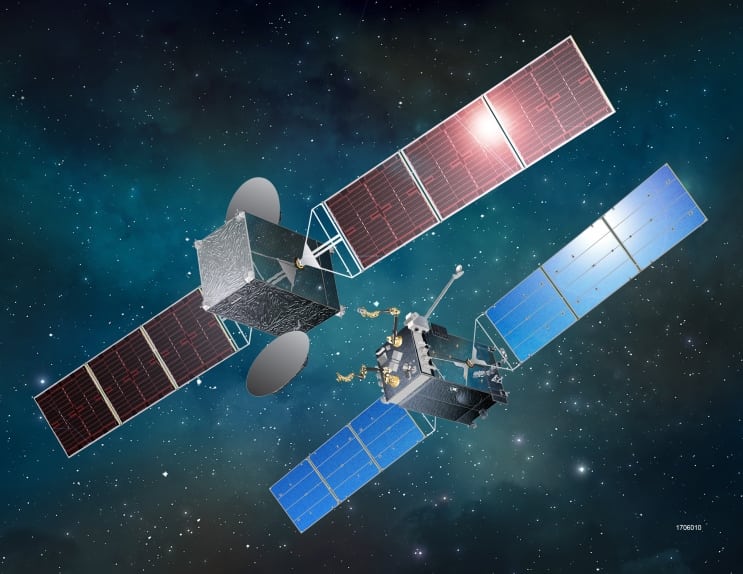 SIS, a new U.S. company that will commercialize SSL’s satellite servicing capabilities, has announced it signed its first customer, SES. Finance Technology Leverage (FTL) and SSL MDA Holdings will maintain majority and minority ownership stakes in SIS respectively, with financing for the venture expected to conclude in the coming weeks.

Under a contract valued at $228 million, SSL is currently developing the vehicle SIS will use for its services in conjunction with the Defense Advanced Research Projects Agency (DARPA), as part of its Robotic Servicing of Geosynchronous Satellites (RSGS) program. The resulting vehicle will roam the Geosynchronous Earth Orbit (GEO) belt to inspect, repair, augment and refuel satellites in their orbital slots. According to Steve Oldham, SSL’s senior vice president of business development who will also run SIS, the service will be akin to “AAA in space.”

Including contributions from U.S. private equity companies, total investment in this project between all parties involved is in the region of $200 million, Oldham said. He is, however, very optimistic about the potential Return on Investment (ROI) due to SIS’ sustainable business model, he said — “an architecture where we launch one spacecraft that can service many clients per year.”

“That gives you a one-to-many relationship between your ability to generate revenue and the cost of constructing your asset,” he explained. Oldham believes the value proposition for the service is fairly straightforward from the operators’ perspective.

A gap lies between the capital expenditure of building and launching a new satellite and the cost of having an older satellite refueled, relocated or even potentially enhanced. SSL, as well as other manufacturers developing similar capabilities such as Orbital ATK, see a massive opportunity in exploiting that gap.

According to Oldham, the satellite industry spends more than $6 billion a year putting new infrastructure into GEO, including building satellites, launching them and insuring the launches. While other infrastructure verticals divert a fair amount of that expenditure to inspection, repair and so on, space diverts essentially nothing because historically such maintenance has lied beyond our technological capabilities. With this new service, SIS hopes to capture a small percentage of that $6 billion market. “We take 10 percent, that’s fantastic. We take 5 percent, that’s fantastic,” Oldham said. “We don’t have to take a significant amount of the expenditure to make this a very attractive business plan.”

Oldham sees this as a net benefit for the space sector, as both government and commercial operators will have the opportunity to optimize their capex and be more flexible in their satellite designs.

One of the concepts SIS is discussing with potential customers is changing the architecture of satellite designs to a more modular approach. Such a capability would enable satellite operators to add new solar arrays, new antennas, or enhance processing power by adding transponders, according to Oldham. “What we see here enabled by satellite servicing is a future where satellites become platforms. Individual enhancements are brought to those satellites,” he said. “That changes the model of space from where we are today.”

SIS is now wading through the regulatory process to get the licenses it needs to bring this service to the market. Oldham previously identified this as a potential challenge — as there is no single regulatory body in charge of satellite servicing due to its novelty — but said he does not foresee any long-term roadblocks. “If you have a camera in space, then you need NOAA approval. And of course we have cameras because we need them for rendezvous and inspection. If you want to move around space, you need approval for the frequencies that you use, and that goes through the International Telecommunication Union (ITU) and the Federal Communications Commission (FCC) for U.S.-registered spacecraft like ours,” he said. “It’s not a short process but we don’t expect any hurdles.”

SIS is forging ahead with its plans despite the ongoing lawsuit between Orbital ATK and DARPA. Orbital ATK alleges DARPA violated National Space Policy by subsidizing development of new technology that the private sector could otherwise provide. The lawsuit remains mired in the courts though, as DARPA filed a motion in April to dismiss the case due to lack of claims and subject matter jurisdiction.

Regardless of the legal situation, SIS has its sights set on 2021 for the first launch of its satellite servicing vehicle. Oldham said the company will be ready to bring its services to market once it completes series of demonstrations for DARPA that year.