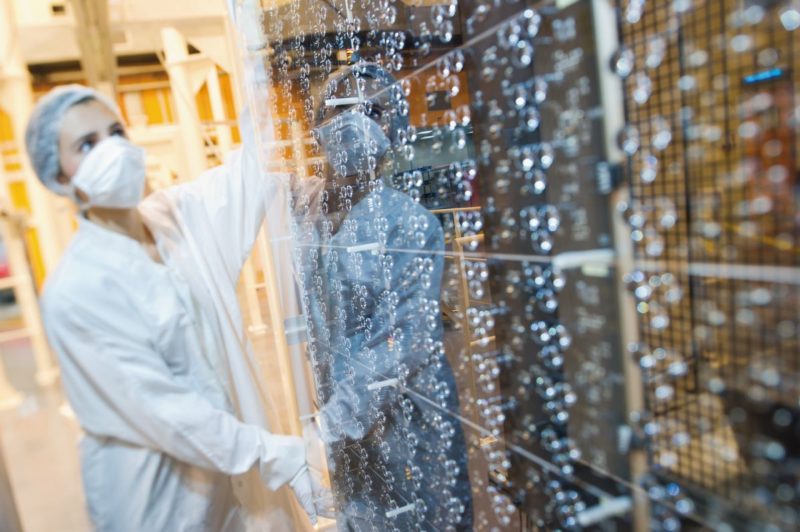 OneWeb Satellites inaugurated its assembly line in Toulouse, France to begin end-to-end validation, testing, and integration of its first satellites set for launch in just over nine months. OneWeb Satellites is a joint venture between OneWeb and Airbus Defence and Space, with its first order to include the production of 900 communications satellites for OneWeb’s Low Earth Orbit (LEO) satellite fleet.

The 4,600-square-meters facility in Toulouse will serve to validate the production methods necessary to manufacture high-performance satellites, de-risk any potential issues, and lay the framework for the larger multi-line OneWeb Satellites factory near the Kennedy Space Center, Florida, according to the company. After having undergone a comprehensive set of tests, the initial 10 pilot and Toulouse-built satellites will become the first of OneWeb’s fleet.

This assembly line will include state-of-the-art automation, test equipment and data acquisition capabilities to shorten assembly times and provide means to analyze factory performance and process improvements. The satellites will provide valuable in-orbit data to confirm the design of the spacecraft and proceed with fine-tune adjustments if necessary. They will also enable nearly real-time detection and correction of any anomalies in the manufacturing process. 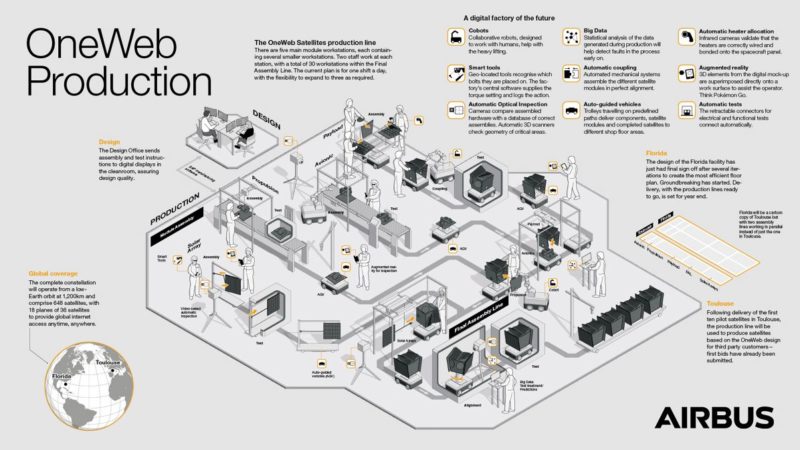 As well as building the fleet, OneWeb Satellites will provide customized versions of the satellites, platforms and core technologies to Airbus to support its third party sales to other commercial and government operators globally.