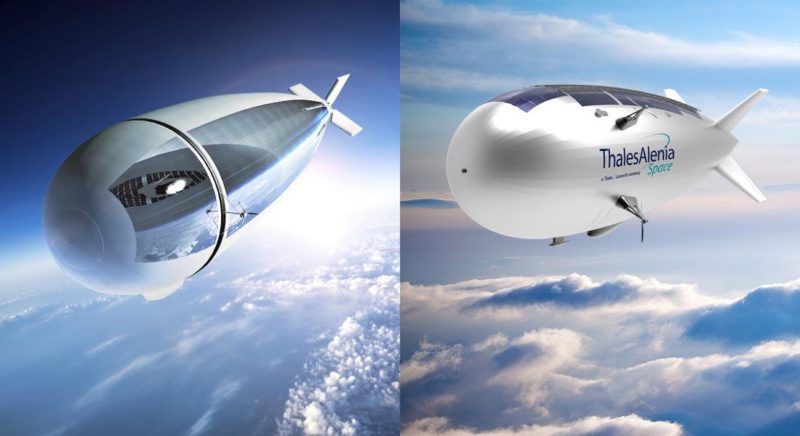 According to the two companies, through this strategic partnership, Thales Alenia Space will be able to address certain technological roadblocks on Stratobus, a project to develop an autonomous High Altitude Platform System (HAPS) airship. Launched in 2015, the project will benefit from the two partners’ respective areas of expertise, with a flight prototype expected to be ready toward 2020.

Thales Alenia Space will call on Airstar Aerospace’s expertise in the design of flexible structures for space, as well as captive observation balloons, platforms that complement the capabilities of drones and the Stratobus airship.

“We will use our skills and expertise to resolve one of the technical roadblocks in the development of Stratobus, namely the need for a custom-designed envelope with all its systems (nose mooring, pressure regulation, tail assembly, etc.). We will be using our highest-performance fabric for the Stratobus envelope, the lightest and strongest in the world, a fabric as thin as a sheet of paper capable of withstanding loads exceeding 10 tons,” Chabert said.