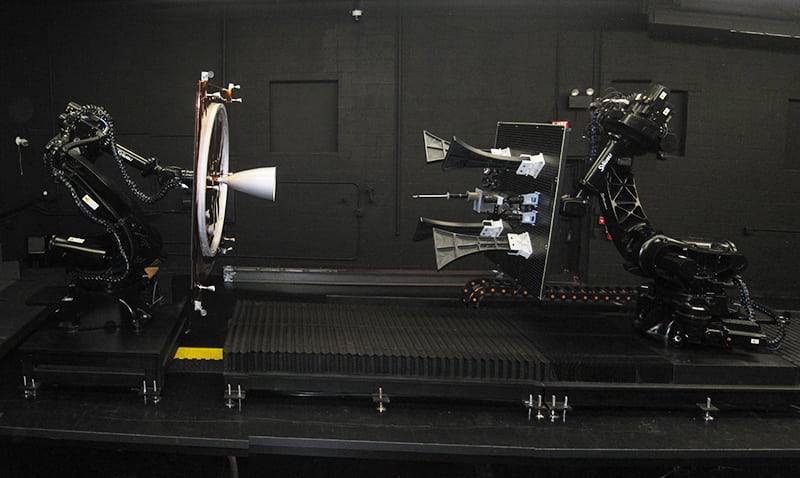 Orbital ATK has been working with several NASA centers on various elements for the company’s MEV RPOD system as part of the Collaboration for Commercial Space Capabilities Space Act Agreement (SAA) established in 2014. In addition to completing the RPOD preliminary design review, NASA has also given input on the RPOD concept of operations review, electrostatic discharge management and lighting designs.

The SAA allows Orbital ATK’s advanced programs division and NASA to collaborate on technologies and new product development that meet the needs of the emerging space logistics industry. The SAA is an unfunded partnership through NASA’s Collaborations for Commercial Space Capabilities Office at the agency’s Johnson Space Center in Houston, Texas. The agreement defines principal milestones on Orbital ATK’s scheduled commercial activities and allows NASA to offer assistance and feedback on key developments.

Through its wholly owned subsidiary Space Logistics, Orbital ATK will introduce in-orbit satellite servicing with MEV 1, which is based on the company’s GeoStar spacecraft bus platform. Controlled by the company’s satellite operations team, the MEV 1 uses a docking system that attaches to existing features on a customer’s satellite. The MEV 1 will provide life-extending services by taking over the propulsion and attitude control functions of the client spacecraft. The vehicle has a 15-year design life with the ability to perform numerous dockings and undockings during its life span.

MEV 1 is set to launch in 2018 and, following its orbit raising and in-orbit testing, will provide a five-year life extension service to an Intelsat satellite starting in the second quarter of 2019.