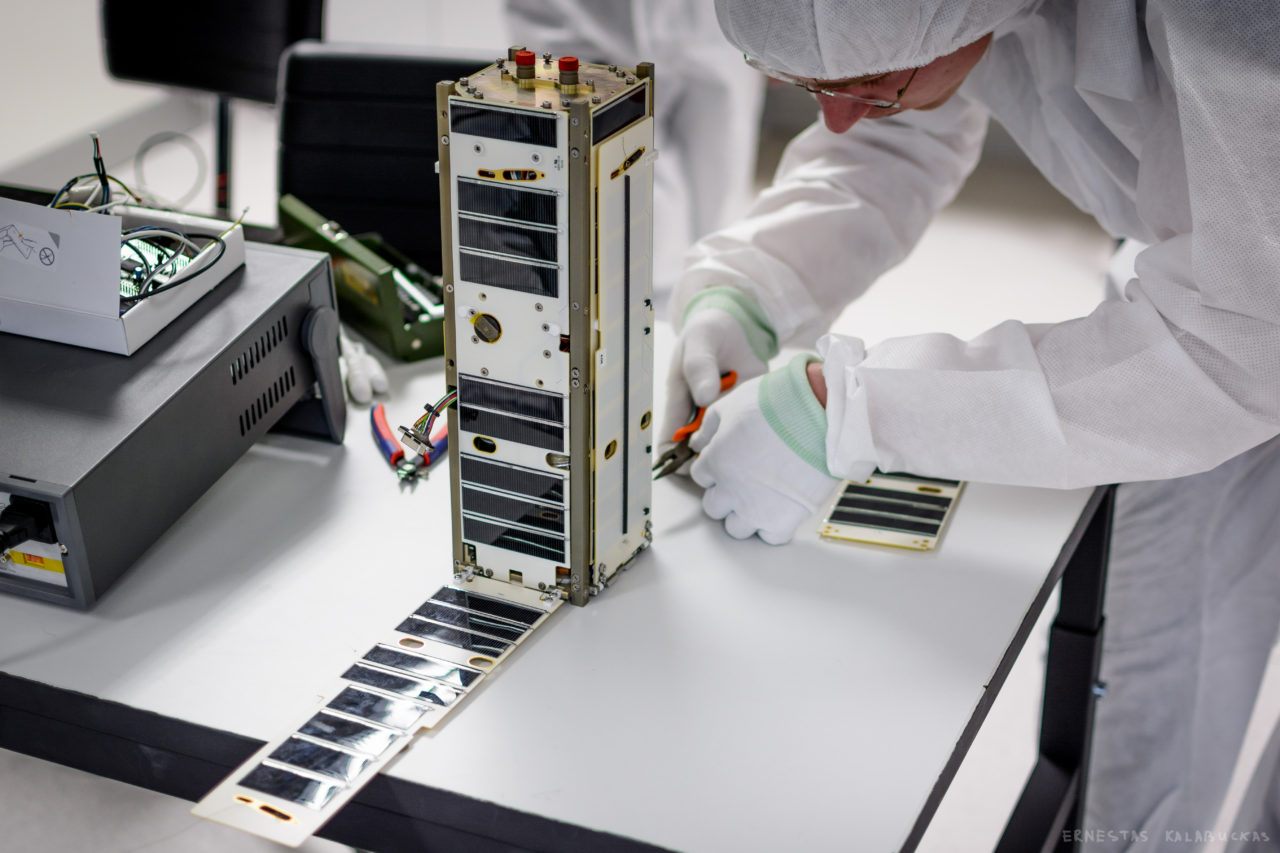 NanoAvionics, a space technology start-up based in Lithuania, will test a new “green” propulsion system for CubeSats in orbit this month to finalize the product for a commercial launch. The company will test the propulsion system on LituanicaSat 2, which was developed in partnership with Vilnius University as part of the QB50 atmospheric research mission. LituanicaSat 2 is scheduled to fly this month atop the Indian Space Research Organization’s (ISRO) Polar Satellite Launch Vehicle (PSLV).

Vilnius University supplied the scientific instruments and NanoAvionics integrated its Enabling Propulsion System for Small Satellites (EPSS) to move the into the correct orbital slot and to test other critical functions. According to CEO Vytenis Buzas, who co-founded NanoAvionics in 2014, EPSS has the potential to unlock massive relaunch savings for satellite operators by prolonging the lifetime of an asset by a factor of four.

Moreover, Buzas believes EPSS can provide CubeSats with functionalities taken for granted on larger, Geosynchronous Earth Orbit (GEO) satellites, such as collision avoidance and orbit synchronization across an entire fleet.

“Our customers are planning to launch their constellations into Low Earth Orbit (LEO). They have to think about how they are dealing with drag,” Buzas said. “With propulsion systems, satellites can last longer in orbit before they naturally decay. So we were looking for lower cost technologies to be proportional with the CubeSat industry.” 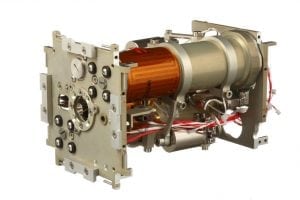 Following guidelines issued by NASA and the ESA’s Clean Space Initiative, EPSS will use a non-toxic monopropellant based on Hydroxylammonium Nitrate (HAN) or Ammonium Dinitramide (ADN), which NanoAvionics is buying from third party suppliers. Other propulsion system manufacturers have also begun to move away from the standard hydrazine propellant, as the compound is highly toxic, unstable and carcinogenic. “As Lithuania is a member of the European Union, we are following those guidelines pretty carefully,” Buzas said. “You do not need special equipment to handle those materials. You have to handle it with caution, of course — after all, this is a rocket propellant. But in comparison to hydrazine it is very friendly to work with.”

Buzas also said NanoAvionics developed EPSS with a focus on standardization. “In general, propulsion systems are very customized and strongly tailored for the particular satellite or mission,” he said. “Our idea was to develop [EPSS] to be very modular to be ready for the booming market of smallsats. Of course there are standard mechanical, electrical and data interfaces… We’re following these trends.”

According to Buzas, his team has been developing EPSS for almost five years, before the company was even spun out of Vilnius University. Still, the system may not be market ready until 2019 at the earliest. “We have to perform a lot of extensive testing, starting with safety and finishing with functional testing. Realistically, I think we will be able to put the propulsion system on our shelf two years from now,” Buzas said.

In the meantime, the company has already begun selling its other market-ready components — including CubeSat buses and solar arrays — to its first set of pilot customers. While he was unable to disclose any specific partnerships, Buzas stated that some of the projects NanoAvionics has contributed to will launch into orbit near the end of this year. “We have customers currently for all regions except Africa,” he added.

Buzas noted that it was somewhat challenging at first to get the funds NanoAvionics needed to get off the ground. “In Lithuania, we do not have too much of a tradition related to aerospace activities,” he explained. The company was however able to secure grants through the Lithuanian government and European Commission, as well as a considerable investment from venture capital organization Practica Capital.

In the future, though, Buzas said it’s possible the company will move to the United States to take advantage of bigger potential investments. “The environment in the U.S. is a little bit better for novel businesses because everyone knows that the United States’ attitude is more opportunistic toward risky businesses. Europe in general is a little more conservative,” he said.