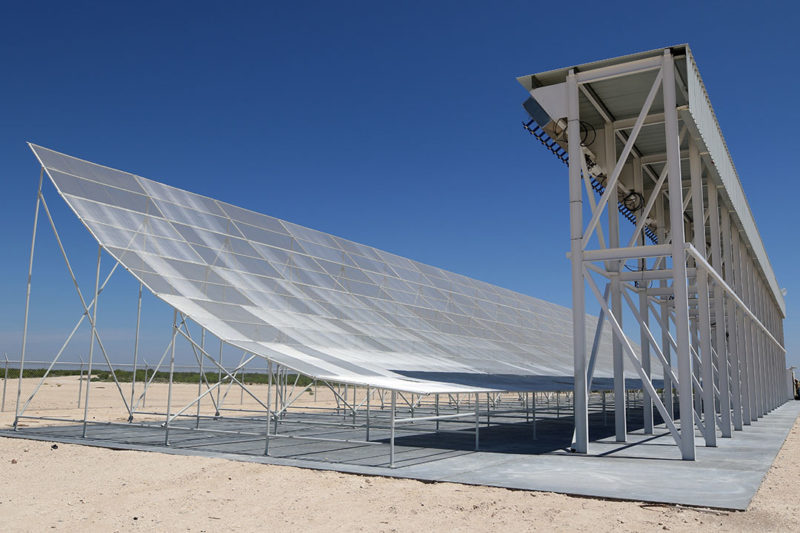 Leolabs has already begun to talk to potential customers about its debris tracking services. According to founder and Chief Executive Officer (CEO) Daniel Ceperley, the Silicon Valley start-up is executing on customer engagement after the official ribbon cutting ceremony of its Midland Space Radar (MSR) facility this week. While Ceperley was unable to disclose the specific names of the companies LeoLabs is in talks with, he said in an interview with Via Satellite that LeoLabs is prepared to bring its Low Earth Orbit (LEO) debris tracking services to the commercial satellite market.

Ceperley founded LeoLabs just last year, but the company has already been aggressively positioning itself for the upcoming influx of LEO mega-constellations. Elon Musk, for example, is seeking approval to establish a fleet of more than 4,000 satellites for global high-speed internet connectivity, while companies such as Planet have plans to deploy equally massive fleets for Earth Observation (EO). Altogether, Ceperley said he is looking toward a future when there are more than 10,000 satellites in LEO.

But there’s one major hurdle satellite operators must contend with before any of these mega-constellations can become a reality: orbital debris. As Launchspace Technologies Principal Marshall Kaplan pointed out during his panel at the SATELLITE 2017 Conference & Exhibition, there are more than 500,000 objects larger than 1 cm orbiting the planet. Most of this debris floats between 600 and 1,200 km above the surface, which means that satellites in LEO are particularly vulnerable.

Organizations such as the U.S. Space Surveillance Network already actively track a lot of this space junk, but Ceperley said that real-time awareness is a critical element still missing from today’s tracking systems, and one that satellite operators desperately need. On this capability specifically LeoLabs hopes to make an impact. “Once there’s a debris generating event — a collision or a satellite breakup — the biggest question in [operators’] minds is where do you look to get accurate and timely information?” Ceperley said. “We will know about any of these new events within a couple of hours.”

LeoLabs plans to tackle this on two different fronts. On the hardware side, Ceperley said the company will continue to expand its ground infrastructure to widen the scope of its tracking capabilities. With the addition of the MSR located in Texas, comprised of hundreds of phased array antennas, Ceperley said the company now tracks almost 95 percent of known orbiting objects. In order to bring that number to 100 percent and to track new objects as they appear, LeoLabs will build additional radar facilities in key locations across the globe, including the far northern and southern latitudes and near the equator. “What the equator gives us is coverage of low inclination orbits — those satellites that stay close to the equator at zero or a few degrees of inclination,” Ceperley said.

On the software side, LeoLabs is pushing to make its data stream as easily accessible as possible. “We have an Application Programming Interface (API) that enables developers to rapidly build software that runs on top of our platform, or connect their existing data visualization tools … You can think about us as a kind of mapping platform,” Ceperley said, drawing a comparison to Google Maps at its inception. “These started out as simple maps, but once they were out there people started layering on top of it all these different services — directions, carpooling platforms … We want to provide this foundational data stream upon which people can build their visualization tools.”

Ceperley said LeoLabs is seeing a lot of interest from satellite operators that want to keep their expensive assets safe in orbit. He believes the company can play an important role too in streamlining planning operations, as operators can leverage the tracking data to decide where to place their future constellations.

Ceperley also expects to work closely with government agencies, such as the Joint Space Operations Center (JSpOC) and NASA’s Orbital Debris Program Office. “They are providing definitive, industry standard debris models about the statistics of where the debris is, how it will evolve, [and] how rapidly it may increase,” Ceperley said. “All of those models rely on good data. We think by providing our data we will dramatically increase the quality of what they’re doing.”

Ceperley believes these ambitious plans for mega-constellations will force the space industry to tackle the issue of orbital debris head-on, and hopes that LeoLab’s data stream can help guide that conversation. As the sheer number of assets in LEO multiplies, the question of how the industry can keep it all organized grows ever more important.

“What are the regulations that somebody like the Federal Aviation Administration (FAA) or the global community needs to put in place? We’re going to provide the data that enables an informed discussion about what the rules of the road should be going forward,” he said.

According to Ceperley, LeoLabs will release additional information on its emerging partnerships later this year.