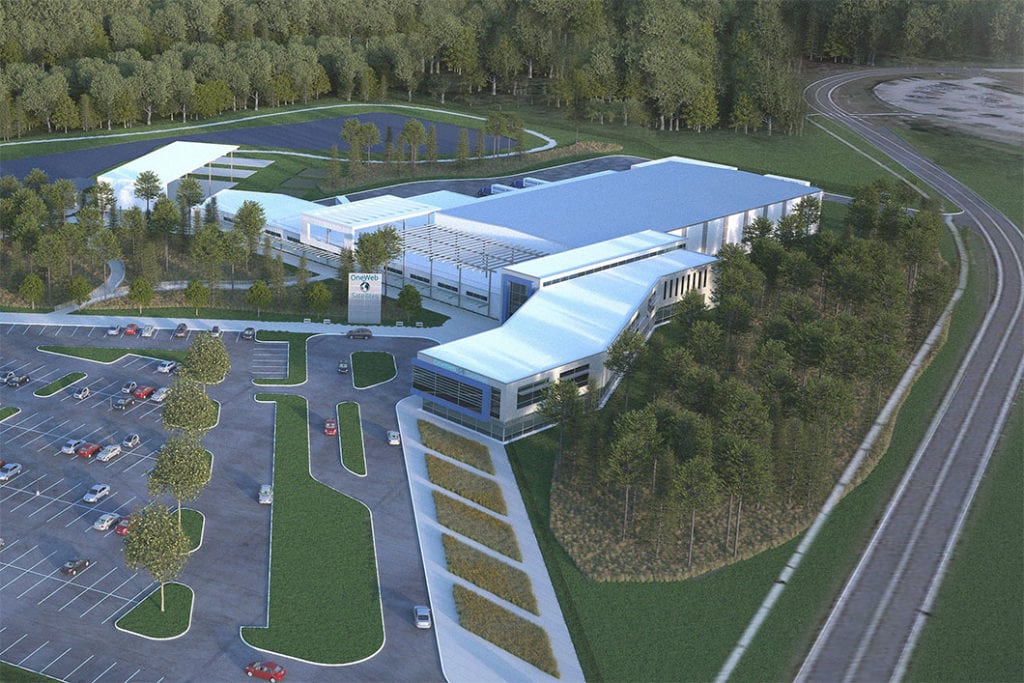 OneWeb Satellites has announced the beginning of construction on its estimated $85 million high-volume satellite manufacturing factory in Exploration Park, Florida. The company stated that the factory near NASA’s Kennedy Space Center is set to begin its full series, autonomous assembly line production, integration and satellite testing later this year.

OneWeb Satellites is building the high-volume satellite factory in partnership with the state of Florida and Space Florida. The company anticipates the initiative to create nearly 250 manufacturing and engineering jobs, as well as thousands more throughout a broad supplier base across the nation that will support production.

According to the company, the first 900 production satellites will weigh only 150 kg, and will have better performance than much larger, more costly communications satellites today. The satellites will be used primarily by OneWeb for its global internet services, but will also be available for other commercial satellite operators and government customers globally as early as 2018. OneWeb designed the satellites with modularity in mind for multiple mission configurations. By using aircraft manufacturing technologies from Airbus, up to three satellites per day can be produced at the new factory on short schedules at significant cost savings.

According to the company, the factory will include state-of-the-art automation, test equipment and data acquisition capabilities to shorten assembly times and provide a means to analyze factory performance and process improvements. Local contractors in Florida will support the project, and additional capability is expected to move into the region. This will be the first satellite manufacturing facility in Florida and the first in the U.S. located in close proximity to a launch site.

OneWeb Satellites is a joint venture equally owned by OneWeb and Airbus Defence and Space.