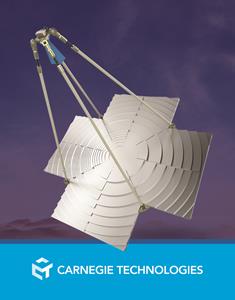 Carnegie Technologies announced the debut of its foldable Ku antenna for satellite communications. According to the company, the antenna is small enough to fit into a backpack and easy enough for one man to carry, assemble and link in just a couple of minutes.